Home / policy / In Britain, commented on the progress of reforms in Ukraine

In Britain, commented on the progress of reforms in Ukraine 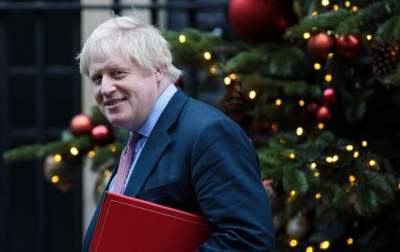 Britain is concerned about the level of corruption in Ukraine, despite the great achievements in the reform. This was stated by the head of the British foreign Minister, Boris Johnson.

According to him, the level of corruption in the country was cause for concern.

“However, a lot of work ahead: we are concerned about the level of corruption and some aspects of governance in Ukraine. We work with the Ukrainian government (…), giving advice and support. I think that’s what they really need, and Poland plays a big role,” he explained.

Johnson recalled that last year he together with the Minister of foreign Affairs of Poland Witold Wasikowski paid a visit to Ukraine, “to show their solidarity and full support for the sovereignty, integrity and independence of the country.”

“We are still working on how to promote reforms in the country, and Witold, we believe that the key task is to give the Ukrainians a real sense of what a pluralistic, democratic and based on the free market solution will bring them real benefits, in contrast to the approach on the other side of the border (in Russia. – Ed.)”, – he stressed.

Johnson also noted significant changes in Ukraine in the field of reforms. The diplomat stressed that the changes in Ukraine is a long process, but one should admit that the country has made considerable progress. “Last year, there were more reforms than in the previous 25,” said Johnson.