In a plane crash in Sheremetyevo suffered by the Ukrainian 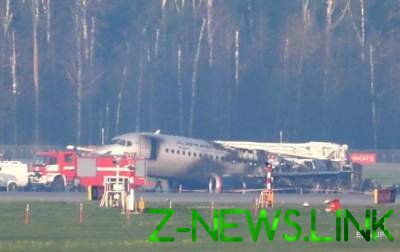 According to preliminary information of the Ministry of foreign Affairs, in a plane crash at the Moscow airport suffered a citizen of Ukraine, he’s in the hospital.

In the crash of Sukhoi SuperJet 100 aircraft in Sheremetyevo airport suffered one Ukrainian. On Monday, may 6, said the Deputy Director of Department – head of consular security Ministry of foreign Affairs of Ukraine Vasily Kirilich, .

“According to preliminary information revealed that among the passengers was a citizen of Ukraine, who is injured and is now in hospital,” said Kirilich.

“But I stress that this is preliminary information. We have not received information message of the Russian side. The situation is changing, data is being updated so that we can get other information. But this primary information which we received, confirmed that among the victims there is a citizen of Ukraine”, – he added.