Home / WORLD / ‘Important to preserve scope for talks with Iran’: Germany warns against escalation after killing of top Iranian scientist

‘Important to preserve scope for talks with Iran’: Germany warns against escalation after killing of top Iranian scientist 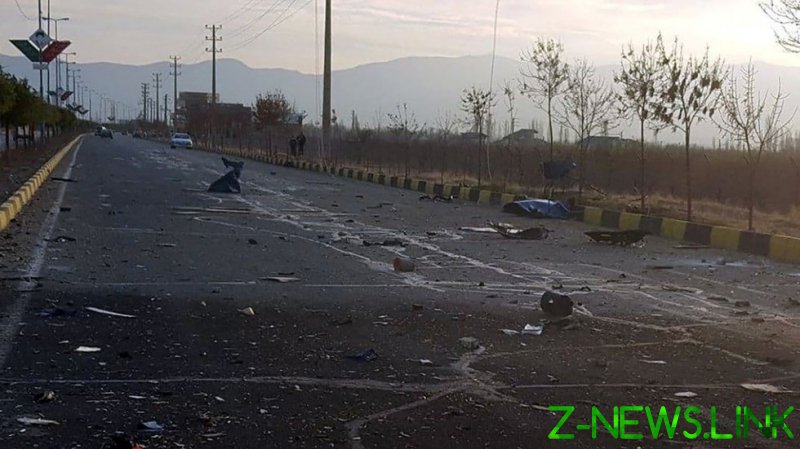 “A few weeks before the new US administration takes office, it is important to preserve the scope for talks with Iran so that the dispute over Iran’s nuclear programme can be resolved through negotiations,” a spokesman for the German Foreign Ministry told Reuters in an email.

Mohsen Fakhrizadeh, a senior Iranian nuclear physicist with close connections to the defense industry, was killed on Friday, reportedly by unidentified gunmen who ambushed his car outside of Tehran.

Fakhrizadeh was dubbed “Iran’s Oppenheimer” by some Western media for allegedly leading a military nuclear program. Tehran denies ever trying to weaponize its nuclear industry.

In 2015, it agreed to some atomic restrictions in exchange for sanctions relief and other benefits, but the Trump administration broke its part of the multilateral agreement. Israel objected to the deal even before it was signed.

Germany is among the signatories of the JCPOA deal and has been vocally arguing for its preservation. However, the US withdrawal put European companies under threat of being sanctioned for doing business with Tehran. Iranian officials blame the European government for caving in to ‘bullying’ by Trump.

No party has immediately claimed responsibility for the ambush on Fakhrizadeh. Israel is yet to comment on the Iranian accusations.