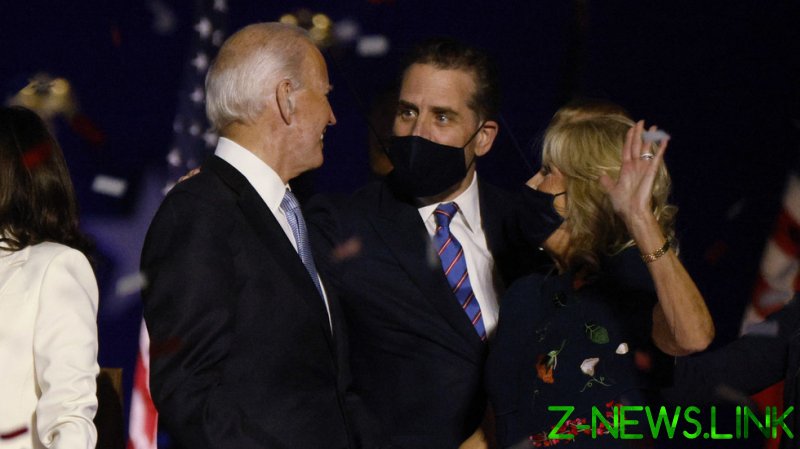 In the audio recording, which the Daily Mail says it obtained from Biden’s abandoned laptop, Hunter says he would smoke crack with Barry – who died in 2014 at age 78 – in the bathroom of a local bar when he was attending Georgetown University.

Biden’s infamously abandoned laptop allegedly contains numerous other damning pictures and emails, though Biden has never admitted the laptop is actually his.

“You know what, I actually smoked crack with Marion Barry – I swear to f**king God,” a person the Mail alleges is Biden can be heard saying to a friend in the recording, made in January 2019.

Biden and the unnamed friend are discussing civil rights heroes doing drugs when Barry’s name is brought up by the friend and Biden reveals he smoked crack with the late mayor.

“That was in Georgetown. And he always went to a place right next to The Guards. And I was a sophomore, I think – I was a junior when that happened. But he got there early and drank late, late. And I’d be there, and he’d go to the bathroom,” he said.

The claim sheds new light on a revelation Biden made in his recently released memoir, ‘Beautiful Things,’ in which he dives into his past drug addiction and says an arrest at age 18 for possession of cocaine mostly “scared” him away from drugs during his time in college. He graduated from Georgetown in 1992.

“It scared me straight – for a while. I owned up to it and didn’t do coke again that summer or, really, more than a couple of times in college,” the president’s son wrote.

Like Biden, Barry had a history with drug addiction. He was caught in 1990 by federal authorities during a sting smoking crack on camera in a hotel room, and ended up spending six months in prison. He went on to continue a successful career in politics, however, even being elected as mayor of Washington DC again in 1994.

In his own memoir, Barry claimed the sting was politically motivated.

“They didn’t want me creating all of these opportunities for black folks. So when the FBI set me up at the Vista [Hotel], they were really trying to kill me. If they killed me, they wouldn’t have to worry about me anymore,” he wrote.

Other material from Biden’s alleged laptop has led to numerous accusations of corruption against him and his father. A separate report this week from the Daily Mail claimed emails were retrieved from the laptop proving that Joe Biden met with some of his son’s foreign business partners while he was vice president in 2015. This would contradict the now-president’s claims that he had never been involved in his son’s foreign business dealings.