Home / fashion / How to remove the “breeches” at the hips: tell the experts

How to remove the “breeches” at the hips: tell the experts

“Breeches” is a natural part of physiology. “Ears” on the hips appear even in those who are not overweight and in General her figure happy, the fact that it is the local fat that appears at puberty. From the point of view of medicine it’s just a layer of fat of an organism, that is the norm. However, if there is a recognized need to work on your body, it is important to remember that “breeches” refers to the type of fat to get rid of that extremely difficult… but possible.

Together with experts on hardware and injection procedures, fitness trainer, plastic surgeon and therapist understand the intricacies of all modern methods.

“Breeches” or the so-called “ears” on the hips consist of back-fat.

It begins to form in women during puberty and continues to accumulate until around 22 years, supporting the production of estrogen. But as soon as the woman has regular menstrual cycle, the body ceases to need the reserves. As a result, this layer becomes thicker and is covered by connective fibrous tissue,— explains Andrey Iskornev, head of the clinic of plastic surgery Platinental.

The result is that fat are like in a shell, so to fight them so hard in the process of losing weight they go into the last turn, moreover, very unevenly. Fatty “traps” are characterized for both men and women — the differences are only in the places of their localization. In the male body they focus on the stomach. The women in “breeches” and buttocks.

According to Ruslan Panov, expert-methodologist and coordinator directions group programs of the Federal network of fitness clubs X-Fit, causes (if it is not a genetic trait) can be different. Among them: problems with the functioning of the lumbosacral segment of the spine (disturbed innervation and work of the peripheral nervous system that leads to the failure of metabolism), poor diet, sedentary lifestyle, disorders of lymph flow and blood circulation in adipose tissue and hormonal disorders (the use of certain preparations based on hormones, puberty, underactive thyroid, menopause, adrenal disease and pancreas). 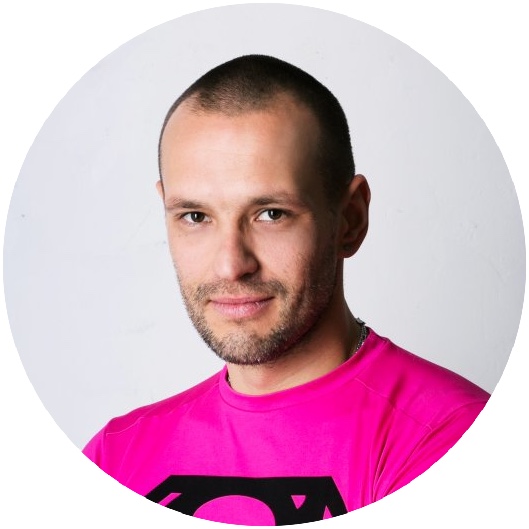 If on hormonal failure it is not, then the first thing to do is to review the nutrition. Adipose tissue in the body is not spent locally, so exercises designed to work the outer thighs (e.g., power) are not suitable.

In the complex transition to a balanced diet. The amount of energy used in the life and training must exceed the energy obtained from food. It is desirable to eat often (five times a day) and small portions.

The next stage of training. Pronounced “breeches” may indicate not only that in the organism a high percentage of fat, but also the weakness of the gluteal muscles. Weak gluteal muscles and muscles of the hips, otica visually form a crease on the sides of the hips.

If you’re new to strength training should start with swings and lunges. After a week or two you can add weight in the form of dumbbells or barbells. These exercises work inner and outer thighs and make buttocks more elastic.

It is not necessary to miss training on upper body and cardio (fast walking, running or Cycling for 20-30 minutes will keep the cardiovascular and respiratory system healthy). To concentrate on only one area is not the best option, as it is inefficient. This applies not only to fat deposits in the hips, but elsewhere — on the abdomen, in the lumbar area and arms. Classes must be comprehensive, aimed at the whole body.

The main objective of the training process is to spend a lot of energy, so training sessions can be different. Best suited to interval training, like high intensity time intervals starts the long process of recovery after the lesson (three hours), actively spending energy.

Also great clean and functional area with appliances neutral position of the spine. In addition to the increase of energy due to the activation of postural muscles in the exercises, to build the correct posture automatically improves the condition of the spine. Actively spent the adipose tissue into dance styles, Latin American, or modern. Swimming is also perfectly solves the problem of increasing of energy exchange and adjustment of the spine for those who prefer the water element.

Some body types are genetically less susceptible to exercises to build muscle mass and getting rid of fat in local places and in this case — in the area of “breeches”.

After workouts for muscle recovery you need to take a cold shower (which also stimulates blood circulation). During bath procedures, you can massage the problem area with hard sponge or glove. It is easy to make at home and vacuum massage banks (you can buy them at any pharmacy). The problem area should be lubricated anti-cellulite cream or oil, then attach to the skin Bank and do a zigzag motion.

And you can trust the professionals. For example, the network of Thai and Balinese massage “7 colors” offers several programs aimed at getting rid of local fat deposits.
The program “Minus 7 cm” — this one and half hour slim massage that involves special equipment — the vacuum cotton. Massage is done on Thai herbal cream with menthol, camphor and ginger Gold Shape. The main ingredient — formula of pollen Garcinia (Super Hi-Sol) is a plant that grows in southern Thailand and used in Thai folk medicine for thousands of years.

From person requires some patience — get ready for strong pain. Like after a good workout, the next day there is a pleasant muscle “joy.” Usually after two or three such classes the body will become accustomed to the load,— explained the master.

The second option is a massage conducted by patting and smoothing. Here comes the anti-cellulite cream-gel Minceur Rapide French brand Guinot. The active ingredient in the formula — Lipolysine breaks down fat, removes it from the body with fluid and toxins, normalizing the blood circulation.

The tool is widely used in salons, but it’s easily possible to include in home care. After all slim programs not recommended to shower for at least four hours, the cream works even when the massage is over.

In many clinics as a solution to problems offer non-surgical liposuction. In the area of adipose tissue injected the drug (one of the most popular and effective — Aqualyx), dissolves it and removes from the body. According to experts, in one procedure, which lasts about less than ten minutes, you can reduce the amount of two centimetres. However, the result you see immediately after leaving the doctor’s office, a few days later.

In order to remove the “breeches” will need four to five treatments at intervals of three weeks. Experts advise not to forget about a seven-hour sleep (as needed recovery), training (only complex) three or four times a week, balanced diet.

This is a procedure in which fat is permanently destroyed by exposure to the cold.

In first place for efficiency, I put lilipolis — the procedure is painless, and the result is you lose in amounts up to four inches, and fat leaves 40 percent for the procedure! This can not guarantee that no other device on weight loss. Due to the capture of fat traps specially selected nozzle low temperatures will affect aiming, without affecting other organs. During the procedure uses cold (-10, -11 degrees), which causes slow death of fat cells (apoptosis). Local apoptosis in cryolipolysis is more soft and safe exposure to the body,

Another advantage of cryolipolysis is that the cold itself does not destroy cells, but only causes apoptosis of some of them. Fat is broken down and excreted through the lymphatic system safely, as proven by numerous studies. During the procedure, you can sleep, watch a movie, or to combine the procedure with a magic detox droppers,

The procedure takes about an hour, and the maximum result is seen after one or two months.

What’s going on? Fat cells are destroyed and safely removed from the body through the lymphatic system. As a bonus— in the area conducting kriolipoliza significantly reduces the appearance of cellulite.

On the second place on popularity — RF-lifting Body Tyte. This technology is very popular in Hollywood. Unlike cryolipolysis is the heating of tissues due to the high frequency current, the method combines four modes of radio frequency and vacuum exposure. RF waves heat all layers of the skin — epidermis, dermis and subcutaneous fat up to a certain temperature. As a result of the updated fabrics and harden, produces collagen.

This procedure, which, niuno to do the course. As a result you can not only get rid of extra inches and cellulite, sagging and puffiness. RF-lifting can be societatii with lipolytica to enhance the effect.

This method is also called “fitness for the lazy”. The apparatus provides not only a linear reduction of the muscles in training in the hall, but their torsional twisting. The effect is very similar to the twisting in drying washed linen. The result of the collapse of close lying “fat depots”, goes swelling. According to experts, after the first procedure, which lasts only 20 minutes, the volume will decrease by three to six inches.