Zone Horror continues to pour Christmas gifts for your eyes and your ears. This time we bring you the audio version of the story “the snow maiden”, who had the honor to open a new themed anthology from the series “The scariest book” – “13 monsters”.

The book itself will be released in early 2018 and it will include 13 novels and short stories about – oddly enough! monsters. The snow maiden in this case, too, the monster.

In search of the origins of the legend of the snow maiden, in a deserted village gets an ethnographic expedition. But the participants forgot about that old tales often are.

The story is fairly well known. At the time he won the very first contest “Baker’s dozen”, but, surprisingly, still in one anthology SSK-series has not been published. The author of the story – writer Oleg Kozhin (and here is his Vkontakte page). A reader speaks Stanislav Fomin (page Vkontakte). Video for YouTube-channel memory did your humble servant.

Monsters do not exist!
It is known to everyone, but it is a lie. They are. To understand this, someone simply to look under the bed. Someone is to look in the mirror.
Monsters do not exist?
But the monster can meet anytime, anywhere. Monster is the grey figure in the streams of the shower. This creature, howling in the dim caves. It is something that lives in the tunnels of the metro, the Siberian taiga and in the nearby alley.
Monsters — monsters from another, the other world. Those hiding under the cover of this book. Those, after acquaintance with whom you will only have to whisper, knocking on the weeping and wailing, trying to convince myself that:
Monsters do not exist… there is no Monster… Monsters do not exist…

The contents of this book: 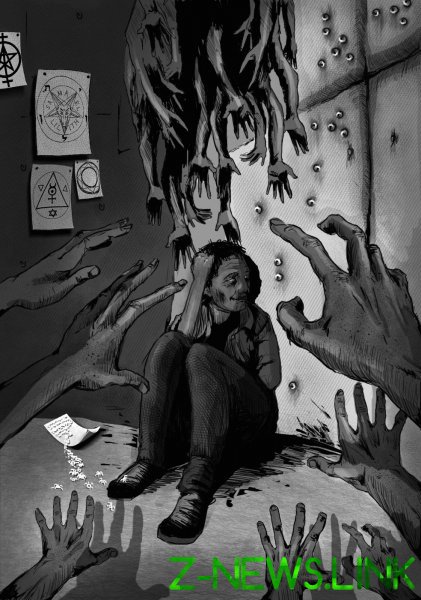