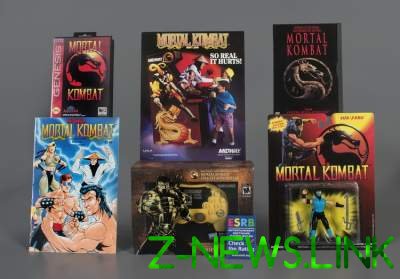 Mortal Kombat offered the last word in graphics and unique styles of battle games for the arcade in 1992.

Colossal Cave Adventure is a text adventure, released in 1976. The user enters commands that the hero could travel to a fantasy world in search of treasure. She laid the groundwork for the entire genre of fantasy and adventure games and has directly inspired other pioneers, such as Adventureland and Zork, which helped to launch the commercial computer games industry.

Microsoft Solitaire was released in 1990 on Windows 3.0. Since then it has been extended to more than a billion PC and now it’s run more than 35 billion times per year worldwide.

Mortal Kombat offered the last word in graphics and unique styles of battle games for the arcade in 1992. Images of excessive violence also stimulated international debate, including hearings in the U.S. Congress, which contributed to creating a Rating Agency for entertainment software (ESRB) in 1994. So it was finally determined that the game – not just for kids.

Finally, about Super Mario Kart. The game combines racing and favorite characters from the franchise, Super Mario Bros. It came out in 1992 and popularized the sub-genre of kart racing. Super Mario Kart has sold several million copies on the Super Nintendo Entertainment System and the beginning of the series, which interested players to this day.