Home / Movie / Grim “the Gods of Bal-Sagoth” Robert E. Howard from the authors of the webzine DARKER

Grim “the Gods of Bal-Sagoth” Robert E. Howard from the authors of the webzine DARKER

Writer Robert Irwin Howard, known to the world primarily as the author of heroic fantasy and the Creator of Conan the barbarian, but knowledgeable people know that Howard wrote in other genres, including – wrote horror. Suffice it to say that he corresponded with H. p. Lovecraft to understand that the horror and mysticism Howard was not alien.

The more interesting new book in the series “the masters of magic realism”, the collected works of Robert E. Howard called “the Gods of Bal-Sagoth” where have entered the novel “Bone face” and 17 short stories of the author. The compiler of the collection made by the famous “overdosed” Dmitry Kvashnin, translators Artem Ageev, Alexander Mironov and Dmitry stark – people who are notorious in horror circles. Ageev, for example, is now the chief editor of a webzine DARKER Kvashnin were previously available in the office and continues to cooperate with the publisher as the author.

On the content of “Gods of Bal-Sagoth” — composer Dmitry Kvashnin:

The backbone of the volume of steel thrillers and detectives, which, in contrast to the more standard horror stories of Howard, had always been paid less attention. Nevertheless, there are gems that deserve to be better known than it is now.

All presented works were translated into Russian before, including DARKER, but while working on this book, the texts were checked with the latest editions of REH Foundation Press, whose texts are closest to the editions of the Howard. So the translation in “the Gods of Bal-Sagoth” can perhaps be considered the most authentic.

With both of them I know personally is not the first year, as with Alexandra Mironova, and I can say that all the fans of R. I. Howard should definitely have this book on the note, as the guys really understand the subject and are long-time fans of the writer. And word own, so that in the literary part you can be confident on all hundred.

Just thirty years of the life of Robert Irwin Howard has forever changed the face not only of fiction, but of popular literature. Heroic fantasy and historical adventure, mysteries and westerns, stories of the boxers and Oriental adventure, humor and even erotica – it is freely felt in all genres. But this love Howard, according to many researchers, was a supernatural story and mystery. It is not surprising that the man who stood at the origins of the genre of “southern Gothic” and “unknown threats”, was also one of the most prominent creators of the famous “Cthulhu Mythos” of H. p. Lovecraft, with whom he had a long friendship.

The book is published with a circulation of 2,500 copies. To buy it is already possible almost everywhere, including in the master the Internet book stores: 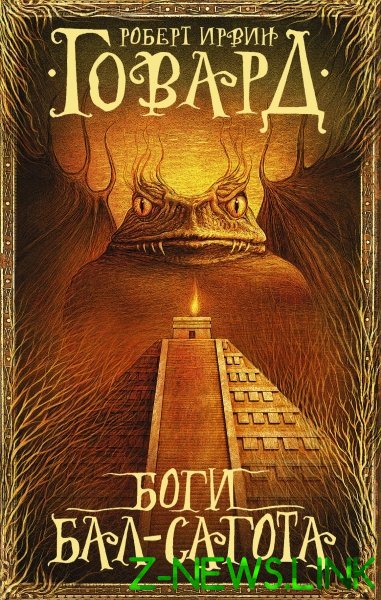