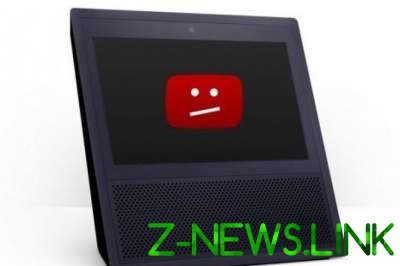 In September the Echo Show are deprived of access to YouTube, although later the application was returned back. Then Google announced that the partner violates their terms of use – the client has no subscriptions, and other features of the service (about the same wording was in 2013, with the application lock for Windows Phone). The real reason was the reluctance of Amazon to integrate with the Google ecosystem.

Even in 2015, Amazon curtailed sales of its competitors, Fire TV, among whom were media players Chromecast and Nexus Player. Signature service video-on-demand Prime Video soon to appear on the Apple TV, but the company is in no hurry to Express support for Chromecast or Android TV. Speakers Google Home also persistently ignored and Amazon recently removed from its online store products Nest (another “daughter” of the Alphabet).

According to representatives of Google, they tried to negotiate access to products and services with each other. Apparently, the proposed conditions are not satisfied with Amazon, but most of all in opposition to tech giants suffer from regular users.

The YouTube app for the Echo Show are already locked and the Fire TV support ends January 1, 2018. On devices Amazon, you will still watch your videos from the service, but only through the inbuilt web browser.