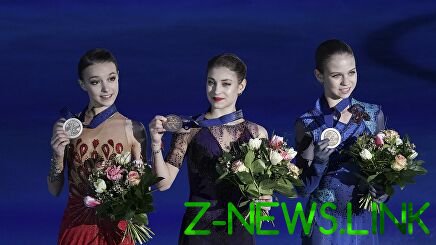 MOSCOW, 27 Jan – RIA Novosti. The sports Director of Federation of figure skating of Germany Udo Donsdorf criticized the Russian figure skater that took the entire podium in women’s figure skating on the eve of the last European championship in figure skating. The words of the official quoted by the newspaper Sueddeutsche Zeitung.

“For me it’s too childish. I don’t think it’s so good for the sport,” said Diensdorf. In his opinion, can the question about how long the career of a young figure skaters. Sports official cited the example of 17-year-old Alina Sagitova, suspend performance, comparing the situation in Russian figure skating with the “factory”.

“Sport live competition. Therefore, the development is not very good,” added Diensdorf, speaking about the Russian domination in this kind of competitions.

The Russian national team won ten medals at the European Championships in Graz in Austria, including four gold. In competitions odinochnits the entire podium was taken by the student of Eteri Tutberidze: Alyona Kostina took the gold, second was Anna Shcherbakova, a bronze award was won by Alexander Trusov.

Victory was gained by Dmitry Aliev, Alexander Boikova/Dmitry Kozlovsky in competitions of sports pairs, and Victoria Sinitsina/Nikita Katsalapov in the ice dance. Russian figure skaters for the first time since 2006, won all four gold medals.