Germany ‘at war’ with Russia – FM 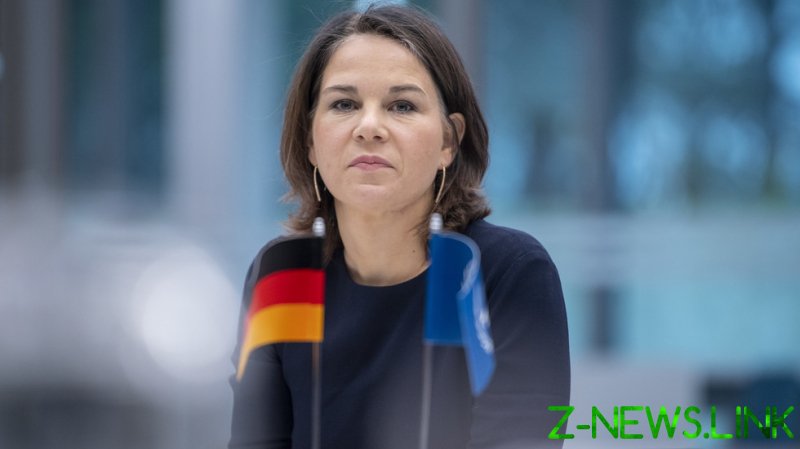 Arguing in favor of sending tanks to Kiev, German Foreign Minister Annalena Baerbock said EU countries were fighting a war against Russia. US and EU officials have previously gone out of their way to claim they were not a party to the conflict in Ukraine.

“And therefore I’ve said already in the last days – yes, we have to do more to defend Ukraine. Yes, we have to do more also on tanks,” Baerbock said during a debate at the Parliamentary Assembly of the Council of Europe (PACE) on Tuesday. “But the most important and the crucial part is that we do it together and that we do not do the blame game in Europe, because we are fighting a war against Russia and not against each other.”

While Chancellor Olaf Scholz has insisted that Germany ought to support Ukraine but avoid direct confrontation with Russia, his coalition partner Baerbock has taken a more hawkish position. According to German media, her Green Party has been in favor of sending Leopard 2 tanks to Kiev, and eventually managed to pressure Scholz into agreeing. Defense Minister Christine Lambrecht, who was reluctant to send tanks to Ukraine, was pushed to resign.

This is not the first time Baerbock has made waves with her position on the conflict. She told an EU gathering in Prague last August that she intends to deliver on her promises to Ukraine “no matter what my German voters think.”

“If we add this to Merkel’s revelations that they were strengthening Ukraine and did not count on the Minsk agreements, then we are talking about a war against Russia that was planned in advance. Don’t say later that we didn’t warn you,” Zakharova said.

Former German chancellor Angela Merkel told German media in early December that the 2014 ceasefire brokered by Berlin and Paris was actually a ploy to “give Ukraine valuable time” for a military build-up. Former French president Francois Hollande has confirmed this, while Ukraine’s leader at that time, Pyotr Poroshenko, openly admitted it as well.

Russia’s operation in Ukraine was a “forced and last-resort response to preparations for aggression by the US and its satellites,” former Russian president Dmitry Medvedev said on Monday.