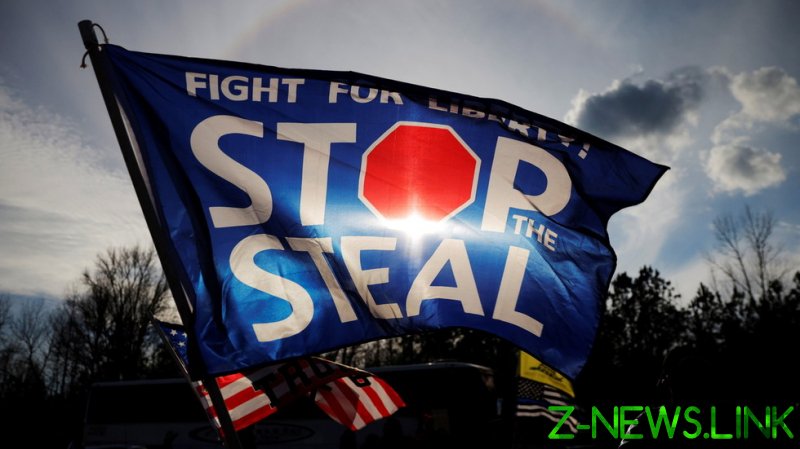 One of the senators, Kelly Loeffler, waited until literally the 11th hour to announce her plans, saying in a statement Monday night that she will join in trying to block formalization of Biden’s victory when Congress convenes on Wednesday to certify electoral results from across the nation.

“We must restore trust, confidence and integrity in our election system,” she said.

On Tuesday, Georgians went to vote in run-off elections in which Loeffler and fellow Republican David Perdue faced challenges from Democrats Raphael Warnock and Jon Ossoff, respectively. The crucial races will determine whether Democrats can take control of the Senate, which would pave the way to legislate more of Biden’s policy agenda because the party already holds a majority in the House.

Perdue won’t be able to participate directly in the certification process because his term expired on January 3, technically leaving Georgia with only one US senator until his run-off election determines who will hold the seat. But Perdue said in a Fox News interview on Sunday that he will urge his Senate colleagues to challenge certification of Biden’s victory.

“This is something that the American people demand right now,” he said.

Trump, who has alleged that the November 3 presidential election was stolen from him through massive fraud in Georgia and several other swing states, cheered the statements from Loeffler and Perdue.

“Pleased to announce that Kelly Loeffler and David Perdue have just joined our great Stop the Steal group of senators,” Trump said Tuesday on Twitter. “They will fight the ridiculous electoral college certification of Biden.”

At least a dozen GOP senators had already said they would oppose certification, including a group of 11, led by Ted Cruz (R-Texas), that called for creation of a commission to conduct an emergency 10-day audit of election results in disputed states. At least 140 Republican House members also have said they will object to formalizing Biden’s win.

Many Republican lawmakers and the party leadership have been reluctant to back Trump in his fight against alleged election fraud, however. The president’s supporters have said publicly that those who don’t show their loyalty know that they can likely expect Team Trump to oppose their future re-elections

Loeffler’s statement went out as Trump held a rally Monday night in Dalton, Georgia, campaigning for the two Republicans in Tuesday’s run-offs. He also used the occasion to promote his ‘Stop the Steal’ efforts.

“People will remember the people who don’t support us,” Trump said.