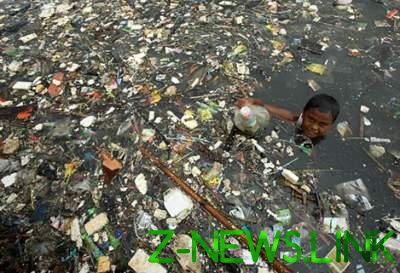 The ocean has accumulated so much debris that he can get a good new power.

A huge number of small particles of plastic, “trash continent” the size of France, thanks to the LADbible edition referenced by the world’s media, can turn into a real state.

It already has its own currency, postage stamps, passports and the first citizen.

On the newspaper’s website States that the accumulation of plastic has reached such proportions that by the year 2050, earth’s oceans will be more plastic than fish.

LADbible has launched a campaign which calls on the UN to recognize the “garbage continent” is a real state. According to the organizers, maybe a large-scale campaign will help draw attention to the plight of the planet.

The campaign is called Trash The Isles. She is rapidly gaining momentum thanks to the assistance of former Vice President al Gore, who declared himself first citizen “Garbage country”.

See ALSO: Breathe deeply. In Ukraine presented a new strategy of environmental policy
Following all the basic criteria of creating a state definition of borders, governments, establishing international links, party campaign The Isles Trash has applied to the United Nations to declare a “garbage continent” 196th country in the world.

Stephen May, head of marketing Department at LADbible Group, who heads the campaign, said: “the aim of the campaign is Trash The Isles support tens of thousands of people around the world who are willing to become citizens of the “garbage state” by signing our online petition. We will present the results at the UN, to have approved an application for the establishment of the state.”

If the “Garbage continent” will be a country and a UN member, it will be protected by the Charter of the organization for the protection of the environment, which States: “All States members of the United Nations should cooperate in a spirit of global partnership to conserve, protect and restore the Earth’s ecosystem”.

While not a recognized “state” already has an official flag, currency called “Debris” (debris c eng. — garbage), and even passports, which are made from recycled materials.

It is noted that “the Great Pacific garbage patch” discovered in the late 1980-ies. Satellite images spot unnoticed, the boat don’t notice it because the plastic particles too small. Significantly the area of the spot is unknown. Presumably, it is around 700 km2 — larger than the area of France.