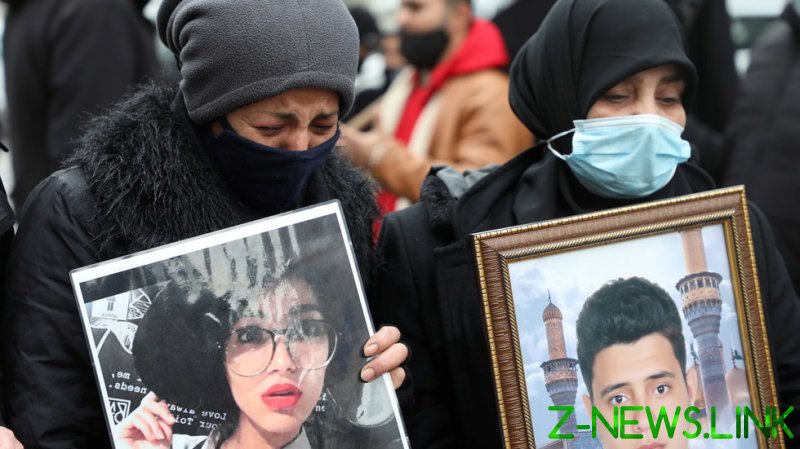 Footage posted online showed protesters fighting with Lebanese security services outside a military court in the capital on Monday after judges ruled that six demonstrators in Tripoli had committed “terrorism and theft.”

Some 30 people have been arrested in the city of Tripoli in recent weeks after attending demonstrations against Lebanon’s corruption-fuelled economic crisis, which has been made worse by the pandemic and the August 4 port blast that killed 200 people and displaced hundreds of thousands.

Other videos posted on Monday showed protesters burning tires on a main road in Beirut, while a crowd gathered outside what was reported to be the house of the judge who handed down the Tripoli charges.

Some of those protesting were also venting their anger at the country’s banks, which are reportedly delaying their implementation of the so-called “Student Dollar Law,” which allows students to receive money while studying overseas.

Lebanese banks have reportedly not acted on the law, which was passed by parliament last year, and obliges the financial institutions to release the equivalent of $10,000 to all students enrolled at a university abroad.

Protests last week focused on the decision to remove judge Fadi Sawan from the Beirut port explosion case, a move viewed by many as further evidence of government corruption and which the families of victims fear will hinder the inquiry into the matter.

The judge had charged the country’s interim prime minister Hassan Diab and three former ministers with negligence over the blast, which was caused by the explosion of an ammonium nitrate cache that had been stored unsafely at the port for years.