Fresh air is not always useful 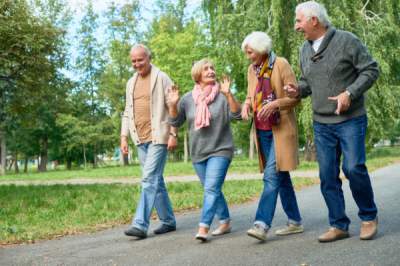 It is important not how much, and where — according to scientists from Imperial College London in a new study.

A group of British scientists conducted an experiment in which suggested 119 participants older than 60 years to make a two-hour walk through Hyde Park and Oxford street (one of the busiest streets of London).

Before and after the experiment was measured by two indicators among the participants, vital capacity of lungs and arterial stiffness (rigidity) and the level of air pollution.

After an hour walk in the Park, the first indicator of lung capacity increased by 7.5%, while the stiffness of the arteries decreased by 24%. Positive dynamics after an hour of being on Oxford street was absent.

Scientists explain this negative impact on the human body soot black carbon and other particulates emitted by cars and public transport.

According to senior author of the study, Professor of the National Institute for heart and lung Fang Chu, the benefits of walking (physical activity) do not always outweigh the harm from polluted air.

Despite the fact that the study involved only people over the age of 60, the conclusions and recommendations of scientists apply to people with chronic diseases: if you have decided to stroll, choose a Park.

But if around your home or work only streets with active traffic, in this case, training on a treadmill can bring even more benefits.