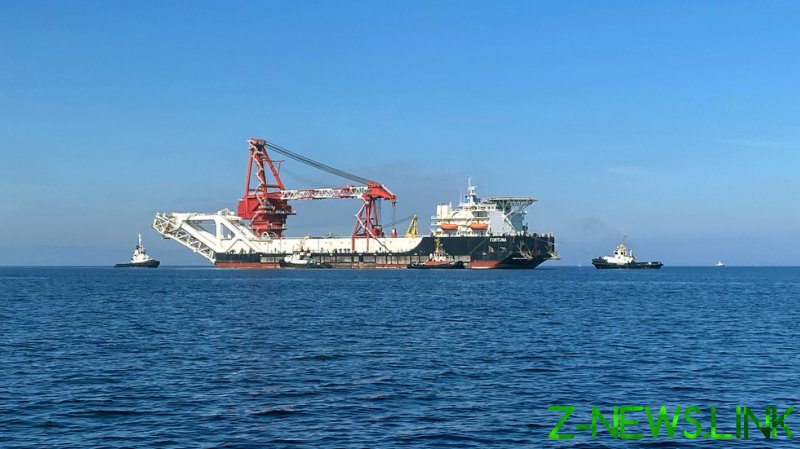 The German maritime regulator said that Fortuna will work in German waters from May 22 to June 31. According to MarineTraffic, the ship has left the waters of Denmark, where it previously worked on the construction of Nord Stream 2 together with the Akademik Cherskiy vessel, and is currently in the German zone.

On May 17, BSH issued a permit to allow another two-kilometer stretch of the pipeline to be laid in May on the seabed in the German exclusive economic zone.

The almost-complete Nord Stream 2 gas pipeline was designed to boost Russian gas supplies to Germany and other European countries by 55 billion cubic meters per year. It will connect Germany directly to Russia via the Baltic Sea. The pipeline is aimed at protecting Berlin’s energy security and also lowering the price by making the process less reliant on third countries transiting gas.

The US has been relentlessly seeking to block the completion of the pipeline, while imposing numerous packages of sanctions against companies involved in its construction, maintenance, insurance and certification, leading some to pull out altogether. Russia thus had to dispatch its own vessels to lay the final kilometers of the route.

On Friday, the US Treasury Department published a new blacklist of Russian ships and entities sanctioned for their part in building the pipeline, which includes 13 vessels (among them the Akademik Cherskiy) and a sea rescue service.

The White House admitted earlier this week it was not able to stop the completion of the pipeline, which press secretary Jen Psaki said had been “95% completed” by the time President Joe Biden took office.