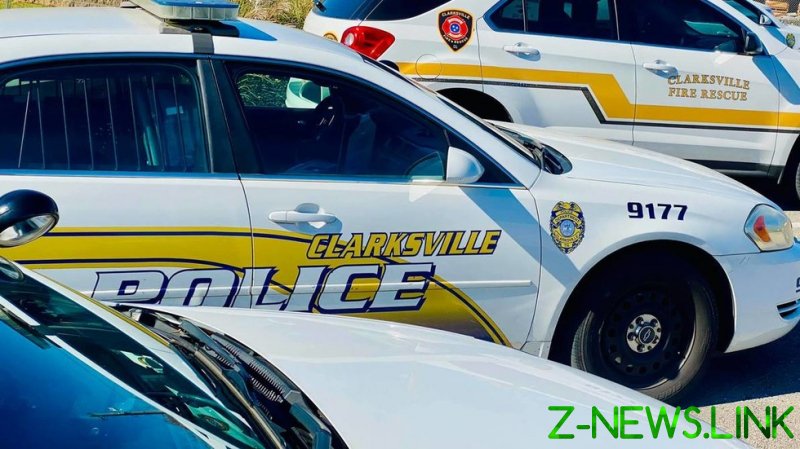 A criminal complaint unsealed on Thursday alleges that Leon Hensley, 40, captured up to 700 photos of girls “in various stages of undress,” most from a concealed camera placed in a student bathroom at North East High School in Clarksville, Tennessee, where he worked as a nurse between 2017 and 2019.

Working alongside the Department of Homeland Security, the FBI and the Secret Service, the Clarksville Police Department said it was tipped off by a state child welfare agency after Hensley was found to have sent a text message of a nude women to an underage girl, who he had asked to pose for pictures in a “photo shoot.”

“During a subsequent search warrant for Hensley’s house, numerous electronic devices were seized, including a small covert video camera. The initial examination of Hensley’s phone led to the discovery of nude images which were identified as female students at NEHS,” a Justice Department press release said.

More than 40 student victims aged between 12 and 17 have been identified so far in the current probe, though authorities also discovered additional images captured at a Clarkesville hospital where Hensley worked previously, including inside examination rooms.

According to an affidavit obtained by the Miami Herald, several students interviewed by police said they were not aware they were sending photos to Hensley, believing they were messaging other students, or in the case of three girls, a modeling agency.

Hensley was terminated at North East High School in 2019 after the investigation initially launched, the local school district said in a statement. While he was initially arrested on a charge of sexual exploitation of a minor soon after his firing, he was released on a $10,000 bond, according to local media. Later, in the summer of 2020, he was slapped with another 25-count indictment for similar offenses, though it is unclear why he was not taken back into custody at that point.

Hensley, who moved to Florida prior to his arrest on Thursday morning, made his first appearance before a Tampa judge later in the day. Charged with attempted production of child pornography, he faces a mandatory minimum sentence of 15 years, and could spend the rest of his life in prison if convicted.