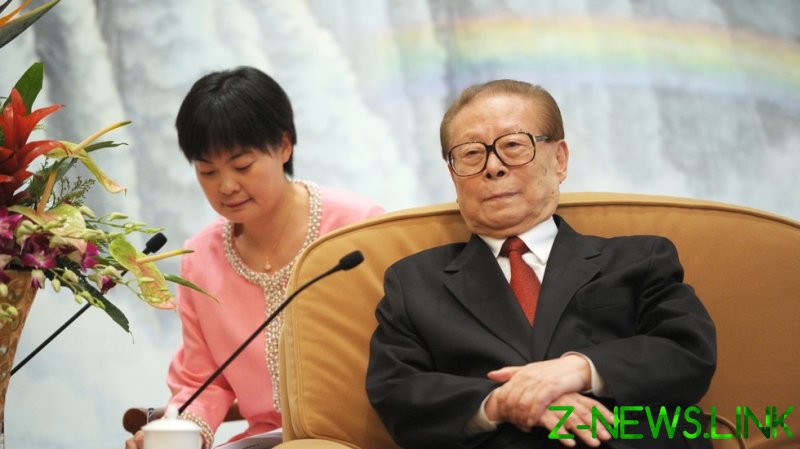 Jiang Zemin, who led China into the 21st century, passed away on Wednesday in Shanghai, according to state media. Concerns for the 96-year-old’s health had been raised by his absence from the 20th Communist Party congress last month.

Jiang was at the helm of the Communist Party from 1989 to 2002 and was the first national leader since Mao Zedong who was not personally part of Mao’s generation of revolutionary fighters. He was widely perceived as a compromise candidate to replace Deng Xiaoping, whose reformist term was marred by the mass protests on Tiananmen Square and the government crackdown that followed.

Under Jiang’s leadership, China continued its progress towards becoming an economic and political powerhouse. He oversaw the nation’s accession to the World Trade Organization in 2001 and the handover of Hong Kong to China in 1997.

The city had been a British colony for almost a century as a result of the Opium Wars. Beijing pledged to maintain a “one country, two systems” arrangement after the return of its territory. The scheme allowed Hong Kong to maintain a large degree of self-rule in internal affairs, while ceding to the central government issues of national defense and foreign policy.

Jiang stepped down from his leadership positions over the course of several years from 2002 onward, making way for the Hu Jintao administration. He is credited with overseeing a peaceful transition of power, in contrast to the more chaotic shifts seen previously in China’s modern history.

The statesman’s last public appearance was in October 2019, when he stood beside President Xi Jinping and other dignitaries during a parade marking the 70th anniversary of the founding of the People’s Republic of China. According to his obituary, he battled with leukemia and suffered from multiple organ failure prior to his passing.