Published an official render of the smartphone Motorola Razr (2019), and now doubt that it will be similar to the original clamshell Motorola Razr V3, there is not. The mobile phone is, in fact, received almost 100% identical design, and that is its main advantage, in addition to a foldable screen. 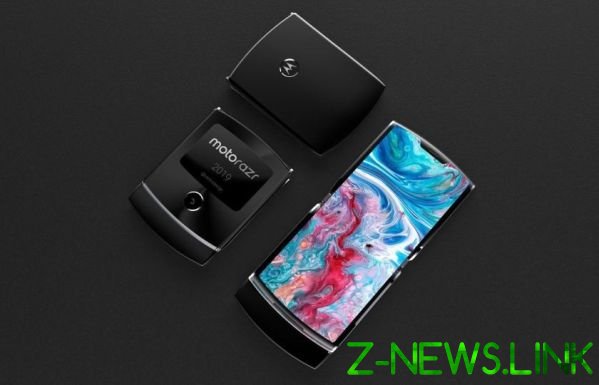 Specifications Motorola Razr (2019) yet shrouded in mystery, but it is clear that this will be the top flagship, especially after the failure of the Samsung Galaxy Fold it with a buggy display. Lenovo the opportunity to capture the market of flexible cell phones, playing on the nostalgia of millions of people, and it may well happen.

New Motorola Razr (2019) will ship in a box unusual shape – it resembles a triangular prism, emphasizing the originality of the device, and place under a rich set of accessories. The list includes a USB-C cable, quick charger, power adapter, wired headphones, wired headset and probably branded case. The screen of Motorola Razr (2019), in contrast to the Galaxy Fold, not bent vertically and horizontally. Clamshell will be released before the end of this year.