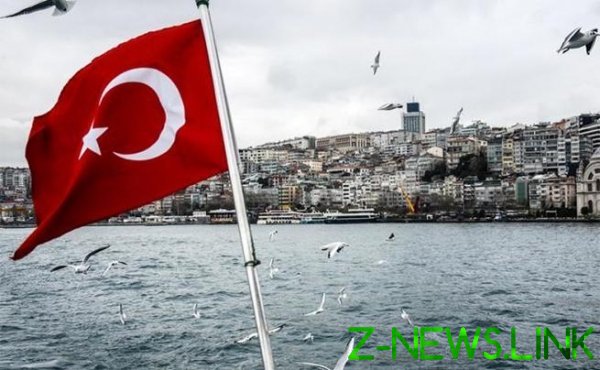 February 26 this year the President of Turkey Recep Tayyip Erdogan will celebrate his 66th birthday. But this time it will be for him particularly memorable day that will surely go down in the history of the country. Because it is on 26 February in Ankara is planned to tender for the construction of a new canal from the Black in the sea of Marmara, which is Turkey dreamed of for centuries.

Waterway length of 43 kilometers and the estimated cost of 10 billion dollars (according to other sources — up to 20 billion), the full readiness which is scheduled for 2025, not just able to radically change the traffic between the most important for world trade and security of the seas. She threatens to radically reshape the entire military-political situation on the southern flank of the European continent. And — clearly not in favor of Russia and to the delight of the United States of America. Because the conclusion, after five years, Erdogan’s mega-construction projects will mean that the main “pain” of the Pentagon in these seas — the famous Montreux Convention, the only thing preventing the Pentagon on a regular basis to keep the destroyers and cruisers of the “Tomahawks” almost on the edge of the outer roadstead of Sevastopol, will instantly be discarded. And the Black sea will turn into a thoroughfare for anyone. First of all, for the fighting ships of the 6th fleet of the US Navy and its NATO allies.

But the role and political weight of Turkey will grow instantly and repeatedly. Because the legal status of the new route “from the Varangians to the Greeks” and back to today is unknown to anyone. It has yet to develop. But the stakeholders (Moscow — in the first place) did not even agree with the Turks about the upcoming negotiations.

If negotiations never happen, or to negotiate about will fail by 2025, Turkey will become unlimited I free to lock or open the gates of the fortress on their own. That, obviously, is going to emphasize a smug Erdogan, clearly it is no coincidence that the historical assigning of tender in the day of their birthday. The Turkish Prime Minister has called the plan “insane and brilliant”, noting that this project is much bigger Panama and Suez canals.

A few words about the project. The future channel, loudly named in the project “Istanbul”, intend to dig parallel to the current of the Bosphorus. It is designed to permit ships and vessels of almost any tonnage. Including super tankers, cruisers and aircraft carriers. To do this, it needs to be 150-meter width. Depth in the fairway up to 25 meters (by the way — draft nuclear powered aircraft carriers of the US Navy type “Nimitz” only 11.3 meters).

It is clear that it was in Istanbul and its suburbs such huge construction site, it is impossible to start — too high density residential development. Therefore the track will take the start on the coast of the sea of Marmara, West of the city of Silivri (Turkish Thrace), in 70 kilometers from the former capital of Turkey. The mountains raised by the excavators of soil will be used to create new artificial Islands off the coast of Silivri. That the Turks will turn into a new tourist Paradise in the sea of Marmara.

15 Jan 2018 Turkish authorities approved the route of the canal. The Ministry of transport of Turkey has announced that it will pass through the reservoir Sazlidere, lake Kucuk-Cekmece, Salisu and Durusu and out into the Black sea to the East of Cherkasskoe of the dam.

The channel “Istanbul” is able to give simple to the Turks in addition to more jobs? First of all, dramatically reduced traffic load on the Bosporus, through which today, in both directions, the average daily runs of up to 150 ships of various purposes. Particular headache of the authorities of Istanbul, lying on both banks of the Bosphorus tankers. On them (mainly from Russia) every year, carrying up to four million tonnes of liquefied natural gas and three million tons of chemicals and about 150 million tons of oil. But with this level of shipping traffic accidents with tankers in these waters is very common. Especially given 12 sharp turns in the channel of the Bosphorus, from oncoming “surprises” which regularly break into a sweat the most experienced captains and navigators.

The accident in the circumstances it is virtually inevitable. Then there is little in the crystal clear water poured many tons of fuel — the movement through the Strait freezes for a long time. And this is millions of dollars in losses. Not only for shipowners but also for the Turkish authorities in providing pilotage and civil vessels and warships.

If the whole flow 2025 will take over the future channel Istanbul in the Bosphorus will be exactly the same roomy, as in the times of powerful sultans and the “sublime Porte”. And then there will be enough space for new beaches, Windsurfing, memorable tourist trips on yachts and pleasure boats. But it is also a lot of money.

However, all of the above — on the surface of the problem with the black sea Straits. More importantly. Start of construction is certainly no less impatiently than Erdogan, expected in Washington. Because the channel “Istanbul” when he is inaugurated, will definitely bury all restrictions for Americans to swim in the Black sea.

Yet, remember, the Montreux Convention signed in 1936, limits the residence time in the Black sea of warships of States which its waters are considered to be the only guests, 21 days. Significant limits on total tonnage (45 thousand tons) units of such vehicles. If not for the Montreux Convention, the ships of the 6th fleet of the U.S. Navy at full speed rushed to and in 2008 against Georgia, and in 2014 Crimea. And who knows what would be there at that time things turned out for Russia? And here is how it will be after 2025, if Erdogan’s “construction of the century” will end with success?

Yes, today the political relations between Ankara and Washington is not just not perfect — they are very bad. But Erdogan is not eternal. And Turkey’s foreign policy, as they say in the East “canny”. Today Turkey to face Russia. And tomorrow? And the channel for centuries.

Meanwhile, the Americans clearly expect that soon the Montreux Convention will be in the trash can. And help her to go to the channel “Istanbul”. Through which they will: go — don’t want to. In any case, in 2016, when the project of Erdogan has started talking in full, the then commander of the 6th fleet Vice Admiral James Foggo suddenly stated that, in his opinion, “duration patrols of us warships in the Black sea may be increased approximately up to four months.” Moreover. “If the challenges in the region will become more urgent”, then, says the Admiral, it is possible to increase off the coast of Russia and the total number of such ships.

Speak like a responsible military leader would, I believe, only in one case. Only if he is firmly convinced that soon all obstacles, invented almost a century ago in Montreux, Switzerland, is about to fall or become meaningless. The Turkish newspaper “Hurriyet” writes about this: “Channel “Istanbul” de facto will be the course of the US in an attempt to settle in the Black sea. The channel will allow to circumvent the Montreux Convention, which restricts the passage of American ships through the Straits of Bosporus and Dardanelles, and by not allowing them to be in the Black sea more than 21 days.

But it’s just turned on its head to turn all the operational situation on the southern flank of Russia. “Tomahawk” not a hundred — thousand below decks only a couple of dozen destroyers of the “Arleigh Burke” and cruisers URO type “Ticonderoga” in a matter of days through the channel of “Istanbul” may be tightened, for example, in Odessa. Or to Constanta. Or Varna. Stand there how long combat duty. The flight time to the Crimea — a matter of minutes. To Rostov, Voronezh, Belgorod, Kursk — a little more.

Then, against this almost instantly emerged from the Russian border of the combat potential of 24 missile interceptors SM-3 Block IB that are already deployed in Romania on a U.S. military base in the town of Deveselu and has long been toxic to us the international situation in Europe, will instantly seem a Moscow children’s crackers. Because such a cloud at the same time the ship launched from the decks of air attack no defense to reflect the will simply not.

What are we to do? The only thing-to start negotiations with Ankara on the international legal status of the canal Istanbul. Ideally, to assert that the Montreux Convention was extended to this waterway.

However, diplomatic Moscow’s position is very shaky. Because of the number of black sea countries, only Russia and is clearly against the outbreak of the hands of Americans in the Black sea. The Turkish point of view — open to question. The rest will be just happy to see the star-spangled banner from its shores on a permanent basis.

But to do something still necessary and urgent. When the channel “Istanbul” will come on line, will probably be later.