First under Biden, Guantanamo Bay prisoner released after 19 YEARS of detention without charges 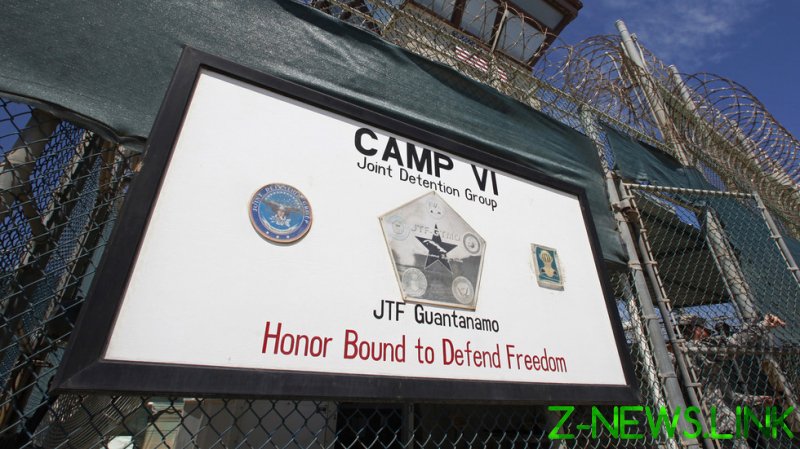 The move was announced by the US military in a statement on Monday. The Pentagon described the release as a “transfer from the detention facility at Guantanamo Bay to the Kingdom of Morocco.”

No charges have ever been brought against the Moroccan national, who spent some 19 years in the Guantanamo detention facility after getting captured in Afghanistan in late 2001. The US military alleged that he deliberately traveled to the country “for jihad,” received “military or terrorist training,” and overall was described as “Al-Qaeda leadership cadre” – yet Nasir has never been prosecuted.

The detainee was originally cleared for release back in 2016 under Barack Obama’s administration, with the Periodic Review Board overseeing the prisoners deeming “that law of war detention of Abdul Latif Nasir no longer remained necessary to protect against a continuing significant threat to the national security of the United States,” the Pentagon said.

The planned release, however, was not completed before Donald Trump took over the White House. Trump halted the Gitmo prisoners’ release initiative altogether, and even promised to throw more “bad dudes” into the detention facility, originally established in January 2002 shortly after the 9/11 attacks to hold prisoners in the American ‘war on terror’.

With the release of Nasir, only 39 prisoners remain at Guantanamo Bay, according to the Pentagon. The population of the notorious prison peaked at almost 700 back in 2009, dwindling under Obama. While the former president failed to fulfill his promises given back in 2008 to shut down the facility within a year, giving in to pressure from the military and the intelligence community, he managed to greatly reduce the number of detainees.

The notorious prison has been at the epicenter of multiple scandals since its very opening, with the concerns ranging from the sub-par conditions in which the prisoners were held – at the launch of the prison camp, they were held in open-air cages – to assorted mistreatment of the detainees.

The CIA has been accused of subjecting the detainees to the so-called ‘enhanced interrogation techniques’ – basically, torture – that included sleep deprivation, beatings, waterboarding and so on. The ‘enhanced interrogation’ was officially banned by Obama back in 2009, yet the practice actually continued unofficially, according to the UN, which repeatedly urged Washington to stop it and punish those responsible.