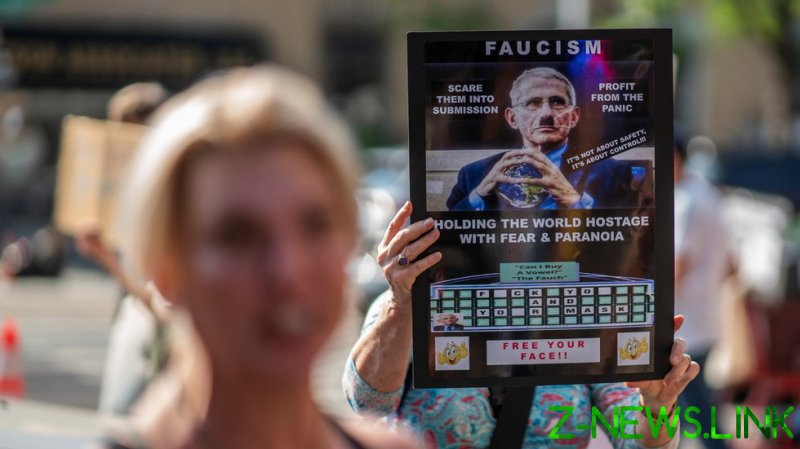 Fauci visited the church together with Senator Kirsten Gillibrand (D-NY) and First Lady Jill Biden on Sunday, who reportedly introduced him as “the man, the myth, the legend” to the founder of a local health program. In January, the church was turned into a vaccination hub in a bid to encourage members of the black and Hispanic communities to get vaccinated.

As the three observed people, including children, getting the Covid-19 shot in the church basement, protesters gathered outside the premises, chanting “Fire Fauci!” and other slogans decrying the coronavirus restrictions, a clip by Freedomnews TV shows.

Fauci has faced calls from Republicans to resign after thousands of pages of his emails were released under Freedom of Information Act requests by various media outlets. The emails written in the early months of the outbreak reveal that Fauci took an active interest in gain-of-function research, which involves lab experiments on pathogens to make them more deadly or contagious, while publicly rushing to downplay speculation that the virus might have originated from a lab. Commentators have also taken issue with a WHO official with ties to the Wuhan Institute of Virology praising Fauci for dismissing the theory that the virus was man-made. 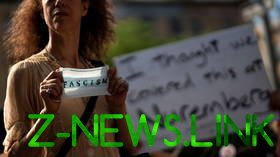 While the GOP called for Fauci to either step down or be fired for his flip-flopping on a number of issues, such as the mask mandate, as well as the alleged government funding of gain-of-function research, the White House has stood firmly behind him. On Friday, President Joe Biden said that he was “very confident” in Fauci, while White House press secretary Jen Psaki later appeared to rule out the idea of Biden firing Fauci, saying she “can’t imagine such a scenario.”