Home / business / Fighters of 17 times fired at the Ukrainian positions

Fighters of 17 times fired at the Ukrainian positions 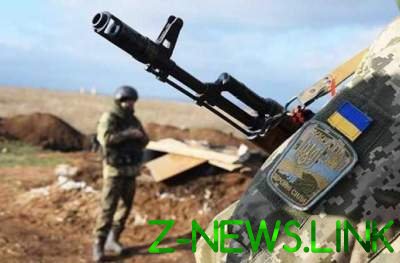 A day of losses in the ranks of the APU was not.

For the past day the enemy 17 times opened fire on positions of units OOS.

Russian occupation troops continue to violate the truce, which was established on the line of contact.

The enemy fired mainly with the use of rocket-propelled grenades, heavy machine guns, small arms, APCS and anti-tank guided missiles. Minsk agreements prohibited the weapon was not used.

On Lugansk the direction was restless near the settlement Crimean, where the enemy used infantry fighting vehicles, antitank grenade launchers, heavy machine guns and small arms.

For the past day the enemy showed themselves on svetlodarsk direction. Where Ukrainian positions were fired on with heavy machine guns and small arms in the area of the village Novozvanovka.

It was restless in the direction of Mariupol, where once again experienced the highest number of enemy provocations. In the area of human settlements Shirokino, Pavlopol, Lebedinsky and Pishevik Russian mercenaries opened fire from grenade launchers, heavy machine guns and small arms, and the defence of Water, in particular, the enemy used anti-tank guided missiles.

“Foreign troops to securely hold occupied positions, steadily observe the ceasefire and not to succumb to provocations of the enemy”, – stated in the message of staff of FOS.

Despite the declared ceasefire, militants of the Russian occupation forces for the current day, twice opened fire on the Ukrainian positions.

So, the enemy in the direction of Lugansk has committed provocation near the settlement Crimean, opening fire from APCS and prohibited agreements Minsk mortars caliber 82 mm. In Mariupol direction from grenade launchers, heavy machine guns and small arms were fired at the defenders of the Water.

For the past day and the beginning of the current losses among the defenders of Ukraine.