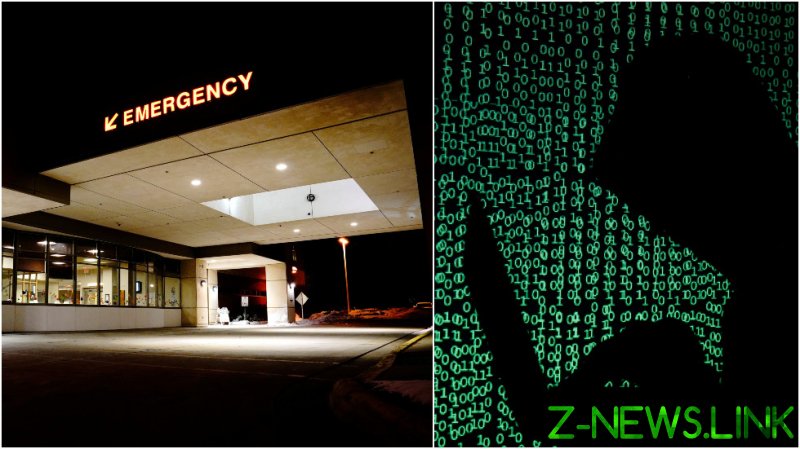 The FBI, CISA (Cybersecurity and Infrastructure Security Agency) and the Department of Health and Human Services issued a joint statement on Wednesday sounding alarms over the “imminent” hacking operations, assessing that “malicious cyber actors are targeting the [Healthcare and Public Health] Sector with Trickbot malware, often leading to ransomware attacks, data theft, and the disruption of healthcare services.”

Holden also sagely informed the Times that the hackers typically demand a 10-percent cut of victims’ earnings, which he compared to an “old Russian tradition to give 10 percent of annual revenue to the church” – apparently referring to tithing, an ancient practice observed by Christian churches all over the world with no particular relation to Russia. Perhaps Holden’s most dubious attempt to link the cyber attacks to Russians, the Times relegated the quote to the twenty-second paragraph of its story.

A number of pundits took some artistic license when tweeting out the story, with one NBC contributor and former assistant director to the FBI Frank Figliuzzi telling his followers the hacks are “Russia-based.” Meanwhile a self-avowed “expert on authoritarian states” and fervent Moscow critic, Andrea Chalupa, stated that “Russia is attacking hundreds of hospitals across the US,” reporting alleged Kremlin conspiracy as flat fact.

Claims of Russian hacking have proliferated in the US corporate press since the 2016 presidential election, originating with the campaign of failed Democratic candidate Hilary Clinton, which first asserted a Kremlin operation to steal emails from Clinton, her staff and the Democratic National Committee in order to help Donald Trump win the race.

The allegation was later upheld by US intelligence officials, though the FBI never took hold of the DNC’s servers itself, instead relying on “forensic” information provided by the DNC’s cybersecurity firm, CrowdStrike. The company’s president, however, told a House hearing in 2017 that “there’s no evidence that [the emails] were actually exfiltrated,” leaving the claim largely without backing. The theory has nonetheless refused to die, with dire warnings of Russian hackers and election-meddling enduring into the 2020 race, and likely beyond.