Home / WORLD / Farewell, George Blake. They say you were a traitor, but to whom & what? You helped rescue humanity from fascism

Farewell, George Blake. They say you were a traitor, but to whom & what? You helped rescue humanity from fascism 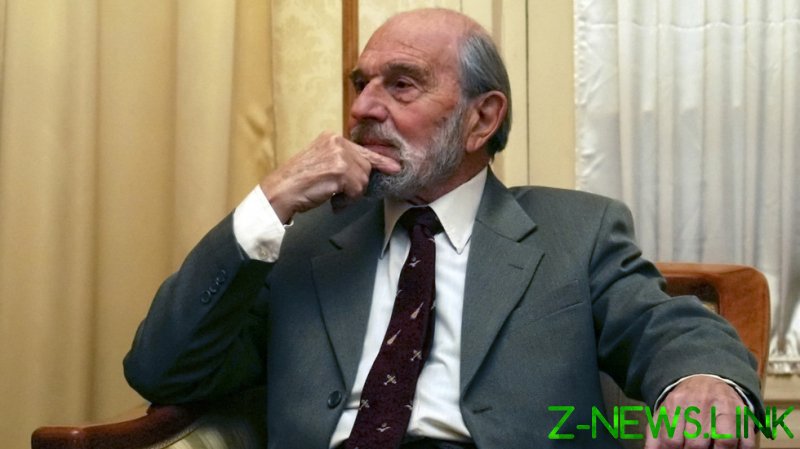 Blake, half-Jewish, was born in the Netherlands in 1922. He might have thought it was his home, but only briefly. When the state he was in collapsed like a cheap tent before Hitler’s invasion, his neighbours didn’t even wait for the SS to arrive before beginning to murder the Jews next door.

Blake joined the resistance immediately – though only a young boy – and risked his life all day and every day carrying messages between Dutch resistance groups before fleeing to Britain, which was still holding out across the Channel, thanks to the routing by Churchill of what he termed the “surrender monkeys” in both the House of Lords and in the Commons.

In Britain, he volunteered for the Royal Navy and was given officers training, after which – because of his background and fluency in Dutch – he was asked if he wanted to join the Special Service. As part of British intelligence, Blake became a conducting officer. “I had to accompany Dutch agents in their training,” he explained in an interview. He was also deciphering coded messages sent to Britain by the Dutch resistance.

As needs must in such now-unimaginable times, British intelligence didn’t look too closely at who and what he was.

If they had, they would’ve known that his relatives were senior members of the Communist Party in Egypt. While they were Jewish, they were also Arabs and while fighting for the British, George Blake’s heart belonged in Moscow long before he got there…

Blake’s progression into the British Secret Service was not dictated by Moscow, he did not then belong to the KGB, but he was already an outsider in every way amongst the class-ridden empire loyalists in MI6. And he was already turning his mind to questioning the false narratives of the Cold War.

Everybody knew that the Red Army really won the war but admitting it was rare (again with the exception of Churchill) amongst the ruling elite. Blake knew it too but admitted it only in his heart. But for the USSR, fascism would have prevailed. Hitler fascism, Japanese and Italian fascism, and the fascism of the enemy within each occupied country.

Of all the places George Blake could’ve been posted by Britain’s SIS, he was sent to Korea, quickly consumed by imperialist invasion in the first but far from the last proxy war between East and West.

Again, Blake knew the lie he was living. A British “diplomat” peddling a narrative about the charnel-house of the Korean War whilst knowing it was the opposite of the truth. Captured by the red forces in Seoul when the capital changed hands, he was force-marched to the north, suffering greatly along the way. In a North Korean prison camp, he changed sides and the rest is history.

Only those with a knowledge of history can know how Berlin almost became the flashpoint for World War III. And therefore know how foolish it was for the British to send the KGB officer George Blake next to, Berlin.

The US and Britain had dug a secret tunnel deep into the Soviet zone in East Berlin at great risk and greater expense. Its purpose was to tap the telephone lines of the Red Army and the East German authorities. Because Blake had already warned Moscow of the illegal tapping, a huge disinformation campaign was mounted by Moscow which led the CIA on the merriest of dances.

When this huge success for the KGB was in turn discovered, the finger of suspicion turned on Blake.

His savage 42-year sentence after a trial, conducted mainly behind closed doors, shocked Britain – even in those Cold War days – and his escape over the wall of Wormwood Scrubs has merited books all of its own.

Under the floorboards in a camper van, Blake reached freedom in East Germany and then Moscow. The Russians always get their men out and always look after them when they do.

So farewell then, George Blake. They say you were a traitor, but to whom? To what? You followed your conscience and helped rescue humanity from fascism. You played a part in stopping a Third World War. You were one of the most remarkable men. The men who are ready to pay any price to do what they believe to be right. George Blake now rests in peace in Russia.