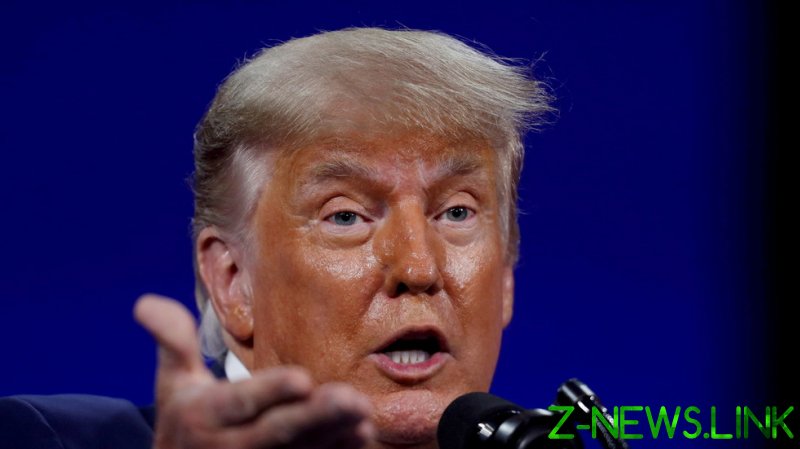 When it initiated the suspension in January, Facebook declared Trump’s tweets, posted before his supporters rioted at the US Capitol, “a severe violation of our rules.”

Responding to Facebook’s announcement, Trump issued a statement calling the decision an “insult” to the millions of people who voted for him in last year’s presidential election.

“They shouldn’t be allowed to get away with this censoring and silencing, and ultimately, we will win. Our country can’t take this abuse anymore!” the statement added.

A two-year suspension is the strongest penalty Facebook applies to public figures “during times of civil unrest and ongoing violence,” and if Trump’s account is reinstated in January 2023, the former president will need to censor himself to avoid another time-out, the company warned.

“When the suspension is eventually lifted, there will be a strict set of rapidly escalating sanctions that will be triggered if Mr. Trump commits further violations in future, up to and including permanent removal of his pages and accounts,” the blog post from Facebook added.

That is, if Trump is actually allowed back on to the platform at all on the expiration of the two-year term – Facebook stated that the suspension could be extended “if we determine that there is still a serious risk to public safety.”

It was the supposed risk to public safety that was cited as the justification for the ban in the first place. Facebook deemed Trump’s questioning of his election loss an attempt “to undermine the peaceful and lawful transition of power,” and his encouragement of protests on Capitol Hill an attempt “to incite violent insurrection against a democratically elected government.”

Facebook’s statement on Friday noted that “Mr. Trump is and will remain free to express himself publicly via other means.” However, the ex-president has now been barred from every major social media platform, none of which have announced any plans to allow him back.

The suspension of Trump’s accounts across multiple platforms was an unprecedented step, given he was still US president at the time. However, future political leaders can expect similar treatment if they post content deemed inappropriate by the social media giant. As well as announcing Trump’s two-year ban, Facebook revealed on Friday that content posted by politicians will no longer be treated “any differently from content posted by anyone else.”

Conservatives have long accused Facebook of discriminating against them, and have equated the company’s drive to remove “misinformation” from its platform to censoring content that contradicts the Democratic Party’s narratives. Facebook denies playing political favorites, but last week said it would stop donating to Republicans who voted against certifying President Joe Biden’s electoral win.