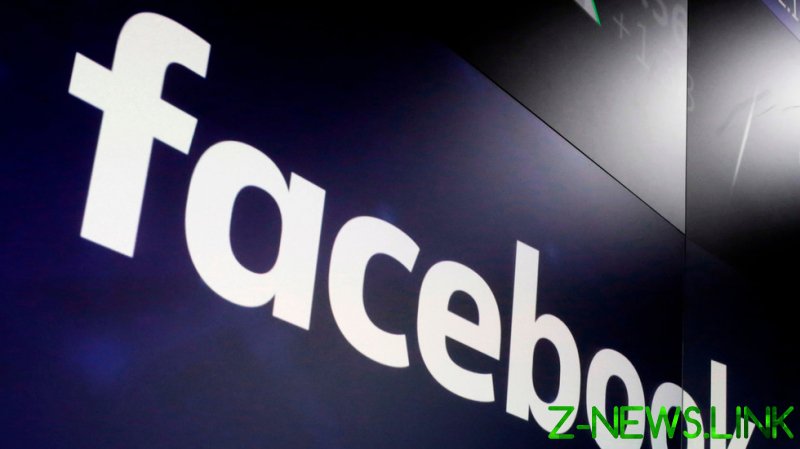 Already constructing enormous high-speed fiber networks to connect its sprawling data centers in Ohio, Virginia, and North Carolina, Facebook plans to overlay consumer broadband for some 6,000 homes in Virginia’s Grayson County onto that infrastructure by the end of the fall, according to a Thursday blog post.

The Appalachian county is “one of the least connected counties in Virginia,” with 57% of its inhabitants starved of broadband, according to the post. Facebook plans to work with Virginia ISP GigaBeam Networks to connect those internet-deprived households to the high speed lines it has already built in the area.

The notion of putting censor-happy Facebook in charge of people’s internet connections – increasingly their lifeline to both work and play in the socially-distanced post-Covid world – may strike many as reckless, however.

With a de facto caste system that rewards the famous for bad (but engagement-generating) behavior while punishing the obscure by shoving troll-farm content down their throats, Facebook is not exactly known for its fairness.

However, while social media users have grown to expect a certain amount of abuse and political bias from their platforms of choice, an ISP is expected to supply connectivity no matter how much wrongthink a customer harbors, so long as they pay their bill.

The company’s history of privacy abuses also looms large, with reports of contractors specifically detailed to read “encrypted” WhatsApp chats and pass their juicier contents on to prosecutors only the latest scandal in a long string of them.

Several questions remain about the new Facebook project. Can the social media giant keep its hands out of the user-data cookie jar? Will an individual’s browsing history outside Facebook be used to serve up tailored advertising? Hint: it already is unless users explicitly opt out. And will the company be able to resist exploiting the terabytes of data it already has on users of its social network?

Facebook has seemingly planned ahead, breaking records with its political lobbying, so while its venture into the world of ISP-dom is entering uncharted territory, authorities may be more prone to forgive a significant degree of trial and error. Governments not on the receiving end of Facebook’s largesse, however, are unlikely to cut the megacorporation any slack – as the state governments of Texas and Florida have made clear. Both states’ Republican governors have attempted to adopt laws that would ban politically-biased censorship by any company with over 50 million users.

Virginia, however, passed a law last year allowing electric and communications companies to use existing infrastructure to support new fiber, and Facebook will be playing a central role in Governor Ralph Northam’s efforts to reach “universal connectivity” by 2024. With the help of $700 million from the American Rescue Plan and $4 billion in CARES Act coronavirus bailout bucks, the state government appears to be fully on board with – and ready to pay top dollar for – Facebook’s plan to connect the countryside.