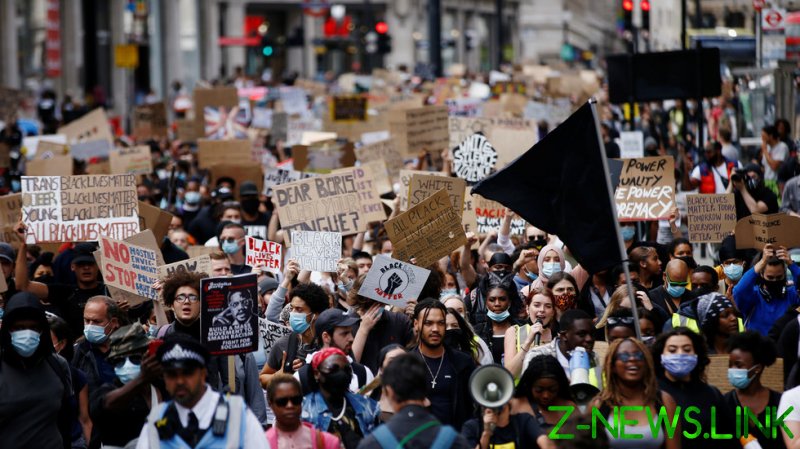 Excuse me while I yawn, but we are heading for another weekend of tiresome protests as those who feel they must be heard plan to take to the streets in support of some cause or other – usually one in which they demand the rest of us simply must engage.

Whether it’s about the climate, white police shooting black people in a country far across the Atlantic or the problems of alleged indiscretion involving the Queen’s favourite son, the earnest bores who bang on about these issues will ignore the restrictions in place and simply take to the streets like it’s any other summer weekend at any other point in time.

The hugely optimistic Million People March, being organised by the gentle folk of Black Lives Matter in the UK – an anarchist, anti-capitalist, smash-the-system outfit – aims to follow the route of the Notting Hill Carnival around West London that, for obvious reasons, will not be taking place this year.

At least not in name.

Because you can guarantee that while an ostensibly anti-racist street march may be the idea being fed to the authorities, no sooner can you say “pump up the volume” than a sound system or two will appear, people will be selling beer and barbecue on the street and there you have it: Carnival!

Will the 3,000 police expected to be on standby really steam in to stop this? Considering the usual stance appears to be that attempting to break up such an event is likely to lead to more disturbance than just letting it run its course, intervention is unlikely.

The irony is that marches without “police facilitation” are banned meaning the organisers need support from boys and girls in blue and that’s hard to drum up when one of the central demands from BLM is to “defund the police.”

So why not just let the event go ahead? It will in some form anyway, that much is clear.

These marches are no longer about race, or starving polar bears or even Prince Andrew.

They are about freedom.

Everyone is sick of the lockdown and its legacy of shuttered shops, closed schools, ruined holidays, quarantines, neglect, social distancing, government U-turns on confusing advice and just the generally miserable outlook, to the point that they are now prepared to break the law and suffer the consequences for a taste of sweet, sweet freedom.

Organisers of large unlicensed events face fines of £10,000 and even attending one means you could be hit with a penalty of £100, rising to £3,200 if you insist on continuing to flout the rules.

Who cares? Who are the organisers anyway? People just want a post-pandemic party or two.

A good law is one that is clear, unambiguous and obeyed by the majority of people. None of these benchmarks apply to the lockdown rules. Some parts of the country are in strict lockdown. Others are not. While in the early days of the pandemic, most people would have observed the draconian restrictions put in place, now many are looking for ways around them.

Look at the number of people apparently incapable of wearing a simple face mask. Many wander around with the mask over their lips or hanging from their chin, when any idiot should know you wear it to cover your nose and mouth. People do know the correct way, they simply choose not to do it. They no longer have any belief that the government knows what it’s doing, or is telling us the truth, so they are doing as they please.

No matter what people say, or what excuses are offered, the tipping point really was when BoJo’s top flunky, Dominic Cummings, ignored the rules for his ill-fated lockdown outing to Barnard Castle – now commemorated in art – showing that the restrictions in place were for the little people, not VIPs like him.

That signalled the irreparable breakdown of the fragile trust agreement between the UK government and the people over the handling of the Covid-19 pandemic.

Now the advice coming from on high is just noise. We may as well drown it out with some loud music.