Home / WORLD / ‘Excessive punishment’: CNN brings back pundit Jeffrey Toobin, 8 months after he exposed himself on Zoom call with colleagues

‘Excessive punishment’: CNN brings back pundit Jeffrey Toobin, 8 months after he exposed himself on Zoom call with colleagues 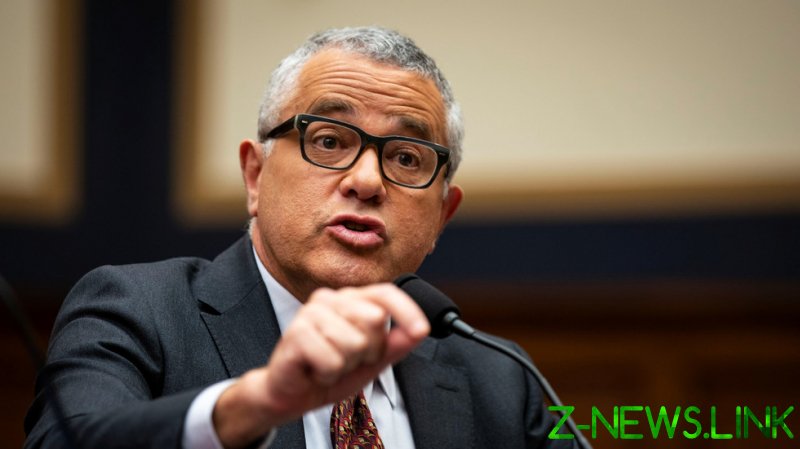 “What the hell were you thinking?” host Alisyn Camerota asked Toobin on Thursday in an on-set interview. Toobin, whose title of chief legal analyst was restored by CNN, said he obviously “wasn’t thinking very well or very much,” then pointed out that he thought he had turned off the call and wasn’t visible to other participants.

The infamous call was for staffers at The New Yorker magazine. Toobin, who was a staff writer at The New Yorker for 27 years, was initially suspended by the magazine and was later fired after an investigation. CNN, on the other hand, placed Toobin on leave, keeping the door open for his return.

“I felt like I was a very good contributor to that magazine for a very long time, and I thought this punishment was excessive,” Toobin said of The New Yorker’s decision. “But look, that’s why they don’t ask the criminal to be the judge in his own case. I thought it was excessive punishment. I am incredibly grateful to CNN for taking me back.”

Toobin called his indecent exposure “deeply moronic and indefensible,” but he added that he has spent his “miserable months” off the job “trying to be a better person.” He said he had spent time in therapy and working at a food bank, adding, “I am trying to become the kind of person that people can trust again.”

CNN appeared to be on the same page, with Camerota setting Toobin up to express the depth of his repentance and argue that his record of professional conduct is otherwise spotless. The host even managed to get in a dig at former President Donald Trump, noting the irony that Toobin made such a blunder after decades of covering the “bad judgment and sexual proclivities of politicians like Bill Clinton and Anthony Weiner, Elliott Spitzer, Donald Trump, and I could go on.”

Social media users accused CNN of being hypocritical and “going soft” on Toobin. “CNN just excused away Jeffrey Toobin jerking off on a Zoom call in front of his colleagues,” comedian Tim Young said on Twitter. “They just forfeit their right to be outraged by Trump’s comments on the Access Hollywood tape.”

Many found comic relief in the decision, such as those who posted a video of Vice President Kamala Harris saying, “Do not come.” Another observer lodged a request to CNN: “Please don’t show Jeffery Toobin below the waist.” Tom Bevan, co-founder of conservative media outlet RealClearPolitics, quipped that Toobin “got his happy ending at CNN.”

Lawyer and writer Boris Ryvkin argued that Toobin’s return то CNN reflects “one set of rules and standards for them and another for everyone else.” He added, “Had someone at Fox News done what Toobin did, we wouldn’t hear the end of the outrage and demands for banishment from CNN. So that does it for ever listening to them lecture anyone about anything again.”