ESA has solved the mystery of the toxicity of lunar dust 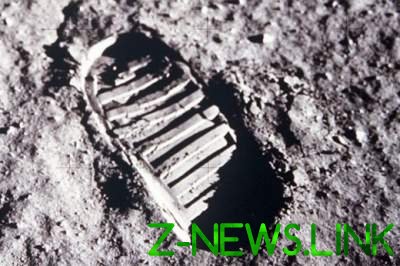 The European space Agency (ESA) conducts research that is intended to solve the mystery of the toxicity of lunar dust.

As reported on the Agency’s website after the astronauts “Apollo” was back on the Ground, the dust covered their spacesuits, make them feel dryness in the throat, and his eyes were watering.

NASA astronaut Harrison Smith called this phenomenon “lunar hay fever”, during the mission “Apollo 17” similar symptoms were observed in all 12 people to set foot on the moon. Some of them sneezed, breathing in dust, and someone has a reaction took place only a few days. Inside the spacecraft, the dust smelled like burnt gunpowder. “We don’t know how dangerous this dust. It all boils down to evaluate the degree of risk associated with it,” said one of the researchers, Kim Prisk.

Lunar dust contain silicates, the material that is often found on celestial bodies with volcanic activity. Earth miners suffer from lung burns and scars due to inhalation of silicates. The moon dust is so abrasive that it destroyed the layers on the boots of astronauts and destroyed the vacuum seal containers with samples of “Apollo”.

This dust, fine as powder, and sharp — as glass. The low gravity of the moon allows small particles to longer hang above the surface, which gets deeper into the lungs.

“Particles 50 times smaller than a human hair and can stay for months in the lungs of people. The longer they’re delayed, the higher the chance to experience toxic effects,” explains Kim. Exact damage from the inhalation of such dust is unknown, but studies show that it can destroy the cells of the lungs and brain.

On Earth, small particles become smooth as a result of erosion by wind and water. However, lunar dust is sharp and prickly. Besides, the moon has no atmosphere and is constantly bombarded by solar radiation, which in turn electrostatically charges the soil. This charge can be so strong that the dust rising over the lunar surface, increasing the risk of it getting inside the instrument and, as a consequence, in the human lungs.

In order to test the equipment and the behavior of lunar dust, ESA will work to the simulation produced in a volcanic region in Germany.