Home / WORLD / Empty promises and hot air: The West’s dismal failure to deliver on its pledges of giving vaccines to the developing world

Empty promises and hot air: The West’s dismal failure to deliver on its pledges of giving vaccines to the developing world 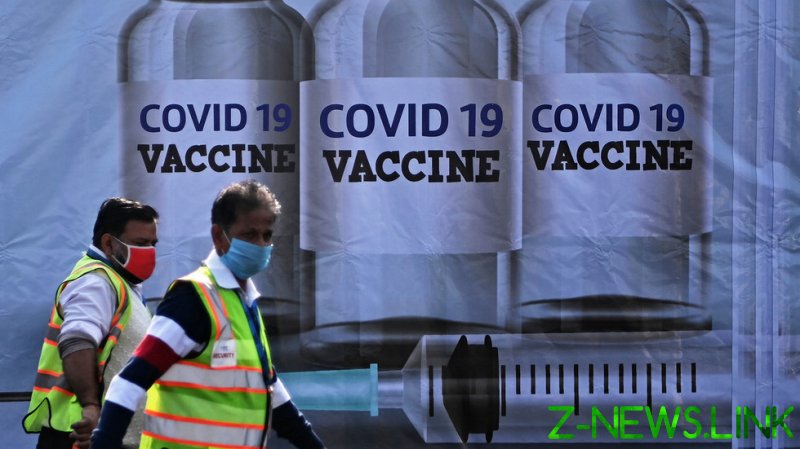 This week in Britain arguments have been raging about booster shots for over-50s and whether children aged between 12-15 should be vaccinated. Medical experts are divided on what the data is telling them about the impact of vaccination of children will have on the country’s Covid-19 situation.

It’s a positive move by the government and the experts to actually go through pros and cons of these actions properly, thinking through the health and social benefits. And with the children, thinking through how consent works – is it for the child to decide whether it gets the jab or its parents?

To deliver on these additional vaccinations, the government will have to find hundreds of millions of pounds more to pay for them.

This is all fine, if you are British. But what I wish we were urgently arguing about is – despite our earlier, earnest promises – how little we in the West are showing solidarity with other countries who do not have our resources.

We rich countries promised the world’s poor nations would be given hundreds of millions vaccines and we have largely delivered… injections of hot air.

In February this year, Boris Johnson pledged at the G7 meeting to donate most of the UK’s surplus vaccine supply to poorer countries. And Foreign Office minister James Cleverly, commenting on French President Macron’s suggestion of sending up to 5% of vaccine stocks to developing countries, said that the UK was “looking at a figure significantly greater than that.”

He promised the government would be a “global force for good” in fighting the pandemic and, unlike “some countries,” the UK would not use the promise of vaccine supplies to other countries as “short-term diplomatic leverage.”

Data compiled this week by Our World in Data, a research hub based at the University of Oxford, show that, despite these big promises made by the world’s major economies, they have not delivered yet.

The data covers donations to Covax, the initiative to share vaccines globally, and shows that, of the 554 million doses promised by the world’s richest nations, only 90.8 million, or 16 per cent, have been delivered.

The UK has been the second biggest pledger of vaccines after the United States, promising 80 million doses to Covax. So far, though, it has only delivered 5.1 million doses, just 6.38% of what it promised.

Other Western countries pledging significant amounts have done similarly badly. France has delivered 7.9% of what it promised, Spain 3.5%, Canada 3.1%, and Germany just 0.67%. America has done best, having delivered 26.5% of it’s near 300-million pledge,

At the time when these pledges were made, the British people understood that in order for us to be safe the whole world needed to be safe – we have all lived with this sickness long enough now to understand the basic premise of how infection works; Covid is a living organism. It needs to stay alive and it does that by finding a host to live on.

It’s true that no one is safe until we are all safe. So, despite this message being presented to the British public months ago to broad support, why is it that the UK is towards the bottom of the league table when it comes to delivery?

Is it because politicians, like Johnson in particular, have long track records of making grandiose promises and then failing to deliver? Or is it because the West’s leaders are putting the self-interest of their voters first, and chucking the world’s poor to the back of the queue?

Despite more than 5.7 billion Covid-19 vaccine doses having been administered globally, only 2% of them were in Africa, according to the head of the World Health Organization (WHO), Tedros Adhanom Ghebreyesus. He has urged the UN to pressurise the wealthiest countries to step up to meet their pledges that at least 40% of all the world’s citizens should be vaccinated by the end of the year.

Ghebreyesus has warned that, thus far, only two countries in Africa have reached the 40% target, the lowest of any region.

“That’s not because African countries don’t have the capacity or experience to roll out Covid-19 vaccines,” he said. “It’s because they’ve been left behind by the rest of the world.”

Here in the UK we understand that term ‘left behind,’ because it has happened to working-class communities in specific parts of the UK for far too often. We know what it is like to be forgotten about, and for others who are apparently more important or more productive to be prioritised. We must have empathy with the poor around the world, and pressurise our leaders to make good on their promises.

After all, the way that the pandemic is working and weaving around our man-made capitalist structures, it is the poorest in every part of the world who are suffering the most – the pandemic and the measures taken to tackle it have hit the working class hardest.  And the longer vaccine inequity persists, the more the virus will keep circulating and changing, the longer the social and economic disruption will continue, and the higher the chances that more variants will emerge that render the current vaccines less effective.

It is important that the working class in the UK raise our voices in solidarity with the working class throughout the world and insist that we all have fair access to vaccines – after all, we share a common experience in knowing what it’s like to be devalued and left behind.