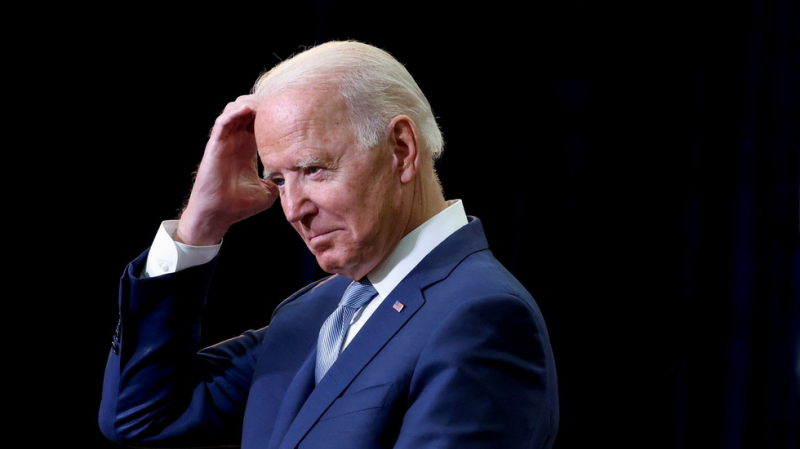 In the presidential debates against Donald Trump, then-Democrat candidate Joe Biden, in an effort to prove he was a predictable moderate who would not be manipulated by the radical left-wing progressives in his party, remarked, “I am the Democratic Party!” That comment has not aged well. In fact, he may as well have said something equally preposterous, like, “Read my lips, no new taxes!”

Despite early pledges that he would keep the left-wing impulses of the Democratic Party in check, each day brings more proof that Biden is powerless to stop the weird social justice movement that has swept the nation like a pandemic. Yet as James Carville has warned – and not for the first time – unless Biden tames these ‘woke’ social experiments, the Democrats will continue to alienate their political base.

“Look, this whole noisy, identity left is 15% of the Democratic Party,” Carville said in an interview on CNN’s ‘Cuomo Prime Time.’ “Yet, we pay such a terrible political price for a slightly more than fringe element of our party…”

Carville, who rose to national fame for organizing Bill Clinton’s successful 1993 presidential campaign, continued, “The overwhelming number of Democrats, the most important constituents in our party, are Blacks and suburban women — they’re not into this, all right? And again, we’re seeing it time and time again. We’re letting a noisy wing of our party define the rest of us. And my point is we can’t do that.

“People are way more interested in their lives and how to improve them than they are in somebody else’s pronoun or something,” he added.

Carville is too politically astute to mention the offending Democrat radicals by name, but he is referring to the four freshmen House members who became popularly known as ‘The Squad’ following their victories in the 2018 elections. The femmes fatales of the progressive movement are: Alexandria Ocasio-Cortez of New York, Ilhan Omar of Minnesota, Ayanna Pressley of Massachusetts, and Rashida Tlaib of Michigan.

From the earliest age, students are being introduced to the controversial concepts of transgender and alternative sexual lifestyles, with public libraries joining in the action with totally deranged ‘Drag Queen Story Hour’ events. On top of this perverse sex-drenched curriculum, students are also being subjected to yet another unproven ideology known as ‘Critical Race Theory,’ which, in a nutshell, says that all white people, thanks in part to their inborn sense of ‘privilege,’ are racist.

This month, the National Education Association (NEA), the nation’s largest teachers’ union, voted to support the tenets of Critical Race Theory (CRT), which teaches that America is plagued by ‘systemic racism.’ The union represents some three million public school workers in 14,000 local school districts across all 50 states.

So, what are the chances that Joe Biden, 78, will have the temerity and vitality to bring the fanatic young radicals inside of his party to heel? At this point in the game, with woke ideology deeply entrenched in all four corners of the country – even inside the ranks of the military – it appears the US leader is facing mission impossible. To add to the direness of the situation, to quote Carville, the US leader “didn’t even know what wokeness is.”

Strangely, however, the political strategist tended to address the problems now facing the Party as one simply related to public perception and communication. The Democratic Party, he said, just has to be “more effective and more determined in our communications.” In other words, perhaps if the Democrats and their supportive media stop giving so much attention to the woke movement, people will just stop obsessing over it.

Or they could always blame the ultimate arch villain, Donald J. Trump, for their failures. When the conversation shifted to crime in the United States, Chris Cuomo nervously wondered about the Democrats’ record for “keeping [criminals] on the street, even when they do bad things.”

Here, the wily strategist displayed the deceitful duplicity that helped solidify his reputation as a formidable campaign adviser. Without ever mentioning Black Lives Matter, Antifa and the violence that consumed huge swaths of urban areas in the wake of George Floyd’s death, Carville noted that “when President Clinton took office, up until the third year of the Trump administration, crime and violent crime in this country had gone down precipitously.”

So what was responsible for the huge uptick of violence in 2020? “The only thing that changed,” Carville said with a straight face, “was the Trump presidency, who was a lawless president, who promoted lawlessness.”

Without ever alluding to the Democrats’ abysmal failure to punish the mob as it looted and burned its way across America, Carville didn’t waste an opportunity slamming the “loony insurrectionists” who stormed the Capitol on January 6. Speaking about the progressives inside of the Democratic Party, he said, “I think these people are all kind of nice people. I think they’re very naive, and they’re all into language and identity. And that’s all right. They’re not storming the Capitol. But they’re not winning elections.”

In other words, ‘we Democrats may have our faults, but we’d never be crazy enough to storm the Capitol building.’ Yet Carville and Cuomo fail to remind their listeners that supporters of their party would be “crazy enough” to storm a federal courthouse in Portland, declare an autonomous zone in the middle of Seattle, and swarm members of the Republican opposition in the heart of Washington, DC.

So now it looks as though the Democrats have two options, moving forward. Firstly, ditch woke theory and cancel culture, which are totally foreign concepts to the majority of most Americans. Or continue with business as usual, pushing woke insanity on every corner of the country, but try to ‘communicate’ a more agreeable message. All things considered, I’m guessing the Democrats will go with the latter option, even though it will spell the destruction of the country as we know it.