Home / Medicine / Doctors have found, where are kidney stones

Doctors have found, where are kidney stones 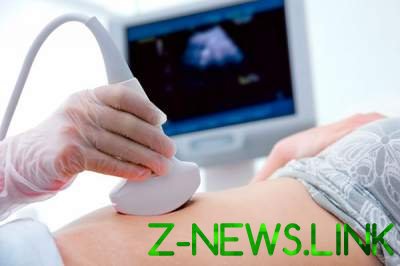 The largest stone weighed more than a kilogram.

Its diameter was equal to 17 centimeters. No, the patient didn’t ingest the mineral the size of a coconut. Kidney stones form inside us and unfortunately, they are incredibly difficult to get rid of. They constitute a solid mass composed of crystals and is able to form in the bladder, urethra, kidney or ureter.

Urine contains compounds consisting of: uric acid, potassium, phosphate, calcium, oxalate. If their levels become too high, and the urine is too acidic or alkaline, these particles can form clots and to crystallize. If the problem cannot be resolved, the crystals will gradually increase for weeks, months or even years, forming a large, detectable stone. Calcium oxalate is the most popular crystal, which arises in this way.

About 80 percent of all kidney stones contain oxalate and calcium, fewer stones from uric acid or calcium phosphate. A slightly different rock consisting of such minerals as magnesium, ammonium phosphate or street, it may be due to a bacterial infection. Even more rare types of stones can be due to hereditary diseases or taking certain medicines.

A kidney stone may go unnoticed until the beginning of the movement when it moves from the kidney into the ureter, it’s sharp edges scratching the walls of the urinary tract. Nerve endings send pain signals through the nervous system, and scratches can cause blood in the urine. This condition may be accompanied by nausea, vomiting, and burning when urinating. If a mineral becomes so large that it prevents the allocation of matches, there is a risk of infection backflow or damage to the kidneys.

But most of the stones do not cause so serious consequences, and sometimes even do not require surgical intervention. Mass with a diameter less than five millimeters, tend to leave the body. Often doctors only prescribe painkillers and advised to drink plenty of water to speed up the process.

If solid rock is a little bigger, to alleviate the condition will help alpha-blockers that relaxes the muscles of the ureter and facilitate the release of the stones. The other drug is called “potassium citrate” helps to dissolve the stones, by reducing the acidity matches.

The only way to get rid of the middle stones to ten millimeters in diameter, this fragmentation of the sound waves. Extracorporeal shock-wave lithotripsy involves use of high-intensity pulses of focused ultrasonic energy that is directed to the problem area. The pulses create vibrations inside the stone, and small bubbles of plasma are starting to push it. As a result, it breaks into small pieces that are pretty easy to go from the body.

But if the stone is too large, shock wave therapy will not help. In some cases, required more drastic measures. To expand the ureter are placed in it rigid tube called “the stand”, after which solid rock is destroyed by exposure to laser pulses that enter it through a special optical fiber. In addition, the stones can be extracted surgically, making an incision in the back or groin area of the patient.

But maybe first ought to take care of prevention?

People who are prone to this disease are advised to consume much water, which weakens the calcium oxalate and other compounds that turn into painful stones. Doctors usually recommend to limit consumption of oxalate-rich foods such as: potato chips, spinach, rhubarb and beets.

Despite the fact that many of the stones are composed of calcium, food and drinks its contents may be useful. Calcium, when released into the gastrointestinal tract, binds with oxalate before it hits the kidneys.

See also: These products cannot be taken with yogurt

If you suffer from stones, you are not alone in their trouble, according to the statistics the number of patients is constantly growing, but it is unlikely someone will be able to beat the world record in the near future.