Doctors called unknown cause of stroke 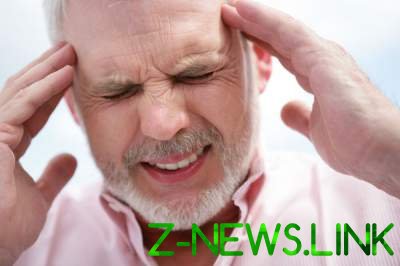 For a long time the doctors could not find an explanation for the phenomenon of “young stroke”, but now, apparently, the cause is found. According to the study, which was conducted by the staff of the Institute of chemistry and molecular biology at the University of Gothenburg in cooperation with foreign colleagues, all people have a gene, which is responsible for the development of stroke.

So, this gene exists in each of us. However, some people his work is disturbed, which increases the risk of hemorrhage.

They are scientists of Gothenburg University have found, after examining genetic data from more than 150 000 people. Previously, such studies were conducted in mice.

It was found that FoxF2 is in all mammals, and it provides a unique blood-brain barrier (BBB). In fact, it forms a barrier between the blood and Central nervous systems.

This barrier protects the nervous tissue from circulating microorganisms, toxins, cellular and humoral factors of the immune system and so on.

That is, we can say that it filter. And the work of such a “filter” largely depends on FoxF2.

The same mutation affecting this gene, lead to the development of small vessel disease and stroke.

THE BAD NEWS: STROKE THREATENS EVERYONE

Every one of us sooner or later will get a stroke — stunned head of research Peter Karlsson, Professor of the Institute of chemistry and molecular biology at the University of Gothenburg. And adds:

— Everyone who lives long enough. And if you don’t, so just because he died before the beginning of the FoxF2 gene mutation. It is exactly the same as in the case with cancer cells — they are for everyone, but from time to time they “sleep”. The value of our study is that it is now possible to explain why some victims of stroke earlier than the rest of the gene began to function properly.

GOOD NEWS: THE STROKE WILL BE PREVENTED

Scientists say that now, knowing a genetic predisposition to stroke and controlling the work FoxF2 from a single person, it will be easier to determine how high their risk.

In addition, according to Peter Karlsson, the new discovery will provide an opportunity to reduce blood pressure in patients within the risk zone. To be able to determine this zone, we need a detailed record of genetic changes on the next phase of the study.

In addition, scientists will work to develop a medicine to strengthen the blood vessels of the brain.

And the man himself, knowing his predisposition to stroke, will be more motivated to change their lifestyle, start exercising or quit Smoking.

The results of the study were published in the medical journal Lancet Neurology.

In General, scientists say, the risk of stroke by 40 percent depends on the open gene. And 60% — from lifestyle and environment.

In addition to mutations in the gene FoxF2 (which, recall, causes a problem with blood flow to the brain), a stroke can develop as a result of traumatic brain injury, diabetes, a detached blood clot, obesity, Smoking, alcohol abuse.

High blood pressure and stress are also factors that increase the risk of stroke.

Sudden disturbance of sensation or weakness, especially on one side of the body.
The garbled speech or difficulty understanding words addressed.
Rapid impairment of vision in one or both eyes, sensation of double vision.
Change of gait or loss of balance.
Sudden dizziness.
Severe headache without any obvious cause.