Home / WORLD / Disunited States: Oregon counties’ bid to join Idaho shows how some will do ANYTHING to avoid extreme Democrat policies

Disunited States: Oregon counties’ bid to join Idaho shows how some will do ANYTHING to avoid extreme Democrat policies 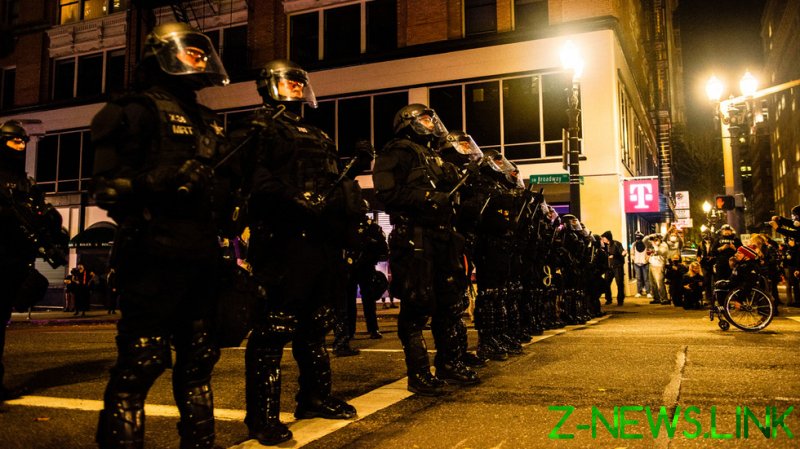 ‘Greater Idaho’ is an initiative that has been taken up by several rural counties in both Oregon and California. The basic premise is that these counties want out from under the thumb of left-wing governance due to the ever-growing divide between Republicans and Democrats on policy. The move would shift up to 22 counties into Idaho territory, greatly expanding the physical size of the state.

These counties face quite an uphill battle to get what they want. An agreement has to be met by all three states to make the change, plus there would have to be a vote on Capitol Hill to finalize it. Given that the increase in size would affect Idaho’s representation in the House of Representatives, plus the amount of electoral votes that the state would control in the electoral college, it’s unlikely that Democrats would allow this to happen. It’s not impossible if there is a shift on Capitol Hill from left to right, but it’s still a long shot.

With that said, I completely understand where these counties are coming from. As someone who has lived in Illinois his entire life, I’m acutely aware of how more rural counties struggle under bad Democrat leadership. In my state, it’s often said that it’s Chicago’s show and we’re all just playing along. There are similar sentiments in other states and there have been initiatives in the past to split up the likes of Illinois and California based on the voting block.

As it stands, the push for Greater Idaho demonstrates the vast differences that now exist between the two political parties. Since the end of the Cold War, it seems as if the political left have got ever more radical. Extreme ideas such as defunding police, massive gun control (and possible confiscation) and critical race theory being taught in schools are obviously very unpopular in many places. However, if the major population center of a state votes to introduce them, the rural areas get shafted.

For all the talk of ‘Build Back Better’ from President Biden and his administration, their short time in office has illustrated exactly how detached the Democrats are from the working stiff. Statements about driving electric cars and shutting down gas pipeline construction, and the idea there will also be millions of green jobs, all stick a middle finger up to rural Americans. So it’s no surprise that people are looking for ever-more creative ideas for ‘a way out.’

In my opinion, a lot of this is down to the disconnect between the political left and the normal small-town American trying to make ends meet. Those on the left seem to have an idealistic take of how the world should work, and they’re under the impression that the government will be able to create this Utopia with a wave of a hand and a few nice words.

People out in the country tend to be more pragmatic, knowing that the government can’t fix problems in this way. Work has to be done to make things better, and the Democrats don’t understand the effort these people have to put in to make their living. So why stick around?

Maybe the House and Senate will flip next year during the midterms. Maybe the Greater Idaho initiative will come to fruition, given the proper amount of time. And maybe it won’t. But the entire country should be looking at why it’s happening in the first place. The divide between pragmatic Americans and Utopians whose heads are in the clouds is now greater than ever – and where that could lead to should concern every single one of us.