Discovered the relationship between the fall of Ancient Egypt and volcanoes 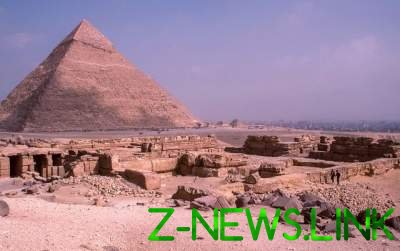 Researchers believe that the civilization of Ancient Egypt could destroy the volcanoes.

Researchers have traced the relationship of social upheaval in Ancient Egypt and volcanoes even on the other side of the globe. A group of historians have linked the traces of volcanic events detected in ice cores with seasonal characteristics of floods of the Nile river, from which depended the life of the ancient Egyptians.

Volcanoes were not erupting in the yard to be a serious problem. Ash and sulfur particles can form aerosols, which are dispersed in the stratosphere, reflecting sunlight in such a way that it affects the temperature and precipitation far away from the site of the eruption.

Irish historians suggest that the eruptions have suppressed the monsoon that cause annual floods of the Nile, and by which its coast remained fertile. Crop failures led to famine and unrest that led to the fall of the Egyptian dynasty of the Ptolemies.

“When the flood in the floodplain of the Nile was strong enough, its valley was one of the most fertile and rich places throughout the ancient world. But rivers, as we know, prone to rapid changes. It turned out that the volcanoes in Ethiopia was directly related to the lack of such spills during the decline of the Empire of the Ptolemies,” said historian climate Francis Ludlow from Trinity College Dublin.

Separately it is noted that approximately in the year 44 BC, during the reign of Queen Cleopatra VII, a particularly powerful eruption of the volcano is quite far from Africa has thrown into the atmosphere, a column of ash and hot gases, thereby suppressed the monsoons and gave rise to a serious famine.

Earlier it was reported that near Cairo found an obelisk age four thousand years. The obelisk was made of massive blocks of red granite. The groove around the top of the obelisk indicates that it was originally covered with copper plates or gold foil.