Home / Medicine / Discovered a method of recovery of the retinal cells

Discovered a method of recovery of the retinal cells 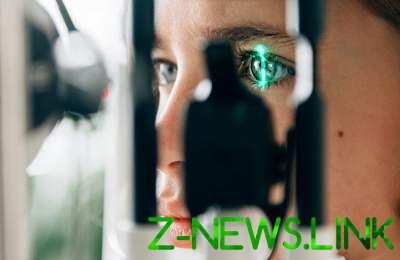 Scientists have found that mammals, too, there is a natural mechanism of regeneration.

American researchers have found that prevents to recover the retina. The regeneration of the inner lining of the eye in humans and mammals, prevents a natural mechanism, do not give rise to living tissue. The researchers changed the sequence of the molecules that transmit signals within cells.

As a result, they succeeded in the laboratory to recover more cells. Scientists hope that their discovery will help in the future to return vision to patients with damaged retina.

Researchers from Baylor medical College (USA) has discovered the mechanism that prevents the regeneration of cells in the retina. Together with scientists from the Institute of cardiovascular research and Institute of the heart of Texas they were able to partially solve this problem and recover a few cells, reported in an article of the journal Cell Reports.

Damage to the inner lining of the eye often leads to complete blindness in humans and mammals. The mechanism that blocks the proliferation of retinal cells was previously unknown. In search of a tool that is able to restore vision, researchers have paid attention on fishes of the genus Danio.

“Some animals, such as fish, zebrafish can regain their vision thanks to special cells, called glial cells of Muller. When the retina is damaged, they start to share, filling the lost areas and restore its neural network”,
– says the main author of the study, associate Professor of molecular physiology and Biophysics Cancer center at the Baylor Ross Poche.

As a result of researches scientists have found that mammals, too, there is a natural mechanism of regeneration, like from zebrafish.

But his work inhibits “signaling pathway Hippo” is a sequence of molecules that is responsible for transmitting information inside the cell and controls the size of organs in animals. The name is derived from a famous scientist genetic mutation that causes excessive tissue growth, similar to the folds of the Hippo.

The laboratory of Dr. Poche has joined forces with Texas cardiologists specializing in tissue regeneration after a heart attack. The researchers decided to change the “begemoty blocker” in such a way that does not interfere with the cells to recover. Scientists have made changes in its molecular sequence and achieved an intermediate success is a natural protection mechanism “broke”. “Müller cells” have continued to multiply in the laboratory and demonstrated the properties necessary for the restoration of the retina.

Scientists believe that can enhance the effect, to learn how to fully restore vision.

“To this day, researchers do not know what the internal blocking mechanism is prevented “Muller cells”. Our next step will be to find ways of controlled propagation of these cells in the retina for its complete regeneration,” says Dr. Poche.