The Network revealed the first renderings of the new smartphones from Google from the Pixel 5. Their appearance is tentatively scheduled for fall 2020, that’s just their design was year in 2016. 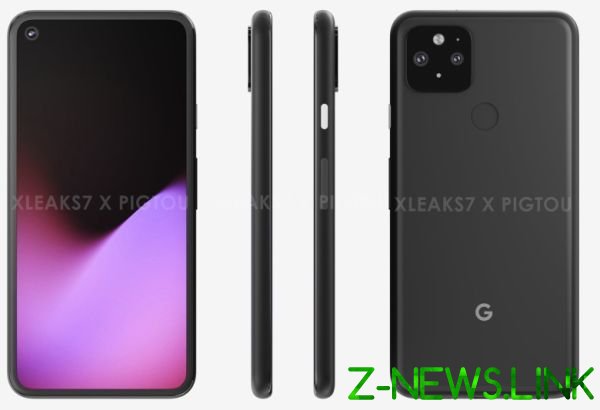 Line Pixel 5 includes models 5 and 5 XL, but the design received the same, and outwardly to distinguish them it will be possible only on the screen size of 5.78 at Pixel 5 and 6.12 inch Pixel 5 XL. Cell phones got a regular case with rounded corners, like 90% of modern smartphones and the square module of the main camera in the style of last year’s IPhones, only sensors inside of a two, and it’s flagship smartphones.

Both models of Google, unlike the fourth generation Pixel, a fingerprint scanner, but here it is not integrated into the screen, and the rear panel, like some Xiaomi for $ 150. According to preliminary data, the Pixel 5 will receive a display processor of the middle level Snapdragon 765, and Pixel 5 XL – top-end Snapdragon 865. All other features of mobile phones is currently unknown, and their announcement is expected in October. Recall that the smartphone Google in Russia is not officially sold.