Director of the NABU admitted the possibility of his arrest 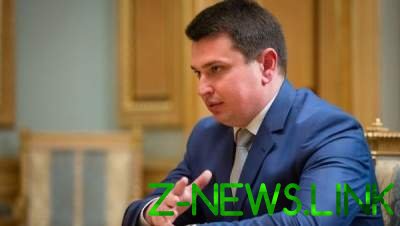 Sitnic said that the government will not be able to stop the NAB for investigation of loud corruption Affairs.

The Director of the National anticorruption Bureau of Ukraine Sytnyk admitted the possibility of his arrest in connection with anti-corruption activities of his Department.

This Sytnik said on Monday, after a visit to the National Agency for prevention of corruption (NACP).

The head of the Bureau was invited to present the Protocol of allegedly committing an administrative offense, namely that he did not provide certain documents requested by the NACP.

“We were expecting such a reaction, waiting for what will be the maximum media attack, with all the controlled resources such as NACP. So I will not exclude the further use of administrative resources, suspicions, arrests, including me personally,” he was quoted as saying by Interfax-Ukraine.

Sytnik added that the government will not be able to stop the work of the NAB for investigation of loud corruption Affairs.

In particular, the investigation against the former people’s Deputy from the faction of the popular front Mykola Martynenko, discharged of fulfillment of duties of the head of the SFS of the Roman Nasirov and the latest high-profile case “backpacks Avakov.

“You have to be naive not to understand that those cases which are investigated by the NEB, the government just will not leave and will not forgive…But I want to appeal to those people who organize all of this: guys can push as much as necessary – you won’t break us!”, – said the head of NABOO.

The Director of the Bureau said that in NACP believe that he used the legal possibilities of the Bureau in their own interest. According to Sytnik, when NABU or its Director be party to a dispute, then their interests are represented, on the basis of power of attorney of the head of NABOO, the representative of the legal Department of the Bureau.

He also said that currently a number of investigations, including against the head of the NACP Natalia Korchak, but, in his opinion, his challenge in the NACP is not a personal initiative of the head of the Agency.