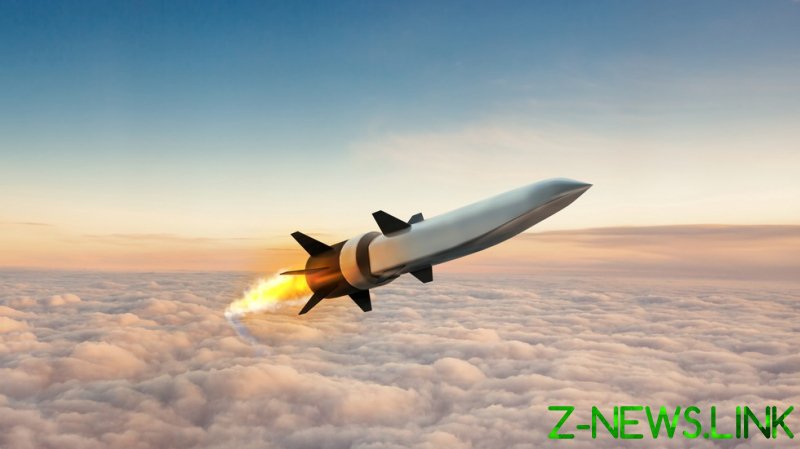 The free-flight launch for the Hypersonic Air-breathing Weapon Concept (HAWC) was conducted successfully last week and met “all primary test objectives,” the Defense Advanced Research Projects Agency (DARPA) said in a press release on Monday. It was the first successful test of the system made public by the military.

“This brings us one step closer to transitioning HAWC to a program of record that offers next generation capability to the US military,” said Andrew Knoedler, who heads the HAWC program in DARPA’s Tactical Technology Office, adding that the test “was a successful demonstration of the capabilities that will make hypersonic cruise missiles a highly effective tool for our warfighters.”

The agency said the HAWC system can “strike targets much more quickly than subsonic missiles” due to its speed and maneuverability, and can inflict significant damage through kinetic energy alone, “even without high explosives.” During the recent test, carried out jointly with the US Air Force, the munition was dropped from an aircraft, and soon reached speeds greater than Mach 5 – or five times the speed of sound – using a supersonic combustion ramjet engine developed by Northrop Grumman.

While the latest HAWC test reportedly went off without a hitch, the program has seen hiccups in recent months. The system – including two competing variants developed by Raytheon and Lockheed Martin – completed an initial round of testing last September, but a later test of Lockheed’s model encountered problems and was deemed a failure. Though much about HAWC’s development is classified and remains shrouded in secrecy, a DARPA source told Air Force Magazine in December that the Lockheed test did not go well, saying “I assure you, you would have heard about it if there was something to celebrate.”

Media reports last year also suggested that a HAWC prototype was destroyed after falling from a B-52 bomber carrying it during a test flight, however a DARPA source told the magazine those claims were exaggerated, and that the prototype only sustained some damage, though declined to elaborate further.

DARPA’s Monday press release referred only to Raytheon’s variant for the HAWC system, leaving it unclear where Lockheed’s design stands or whether it had made any progress since the fizzled test last winter.

The R&D agency plans to finish up the HAWC program sometime in the 2022 fiscal year, according to the Drive, after which it hopes to merge some of the same technologies with the Air Force’s Hypersonic Attack Cruise Missile (HACM) system, one of several other hypersonic platforms currently under development at the Pentagon.

The US has redoubled its efforts to develop hypersonic tech after Moscow unveiled a whole range of advanced weaponry back in 2018. Russia has since become the first nation in the world to have deployed a hypersonic glide vehicle into service. The Avangard can be carried by RS-18A and prospective RS-28 Sarmat ICBMs to deliver both nuclear and conventional payloads.

The Kinzhal – which means ‘dagger’ in Russian – can fly at Mach 10 speed and is said to have the ability to perform evasive maneuvers in-flight. The first Kinzhals entered service in December 2017. The missile can be launched from the MiG-31K supersonic interceptor and Tu-22M3 bomber – and can carry both conventional and nuclear warheads.

The Zircon anti-ship missile, allegedly capable of flying at Mach 8, was also successfully tested against both vessels and land-based targets, and as of May this year was undergoing final trials before deployment.

In the meantime, Moscow says it is fully aware that other nations are hastily designing their own hypersonic weapons – but by the time they are acquired, the Russian military will have learned how to shield the country from them, President Vladimir Putin said last year.

I think that we can pleasantly surprise our partners with the fact that when they get these weapons, we will have the means of combating them, with a high degree of probability.