Home / WORLD / Cris of life: Ronaldo rushes to check on female steward after ‘KNOCKING HER OUT’ with misfired shot in warm-up (VIDEO)

Cris of life: Ronaldo rushes to check on female steward after ‘KNOCKING HER OUT’ with misfired shot in warm-up (VIDEO) 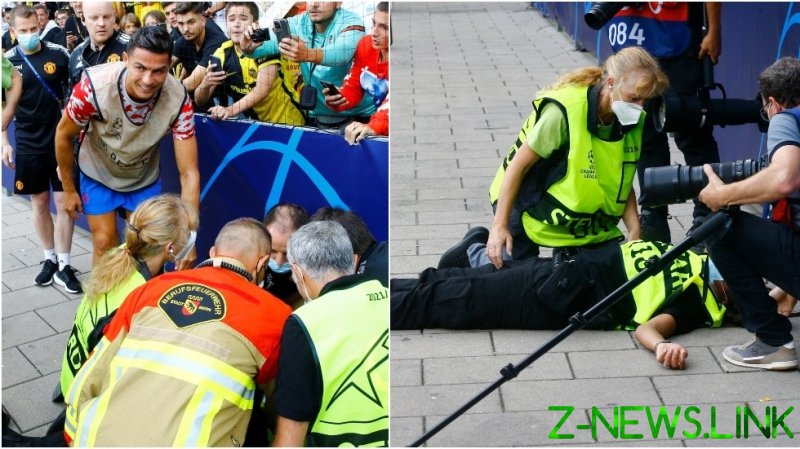 The incident occurred as the Portuguese star prepared for the match against Young Boys at their Wankdorf stadium on Tuesday night.

Practicing shots from range, the all-time Champions League top scorer misfired and hit the poor steward by accident, according to pitchside reports.

The steward immediately fell to the ground, and joining others to check all was OK, Ronaldo immediately went over to the injured party and spent some time explaining himself as fans recorded him.

Then, once he knew the steward seemed to be alright, he ran back onto the turf to continue warming up.

Following on from a dream return to Old Trafford where he bagged two goals in a 4-1 win over Newcastle United at the weekend, Ronaldo was clearly unshaken by the incident.

Needing just 13 minutes to make his mark, he met a superb cross from compatriot Bruno Fernandes that was buried past a helpless David Von Ballmoos. 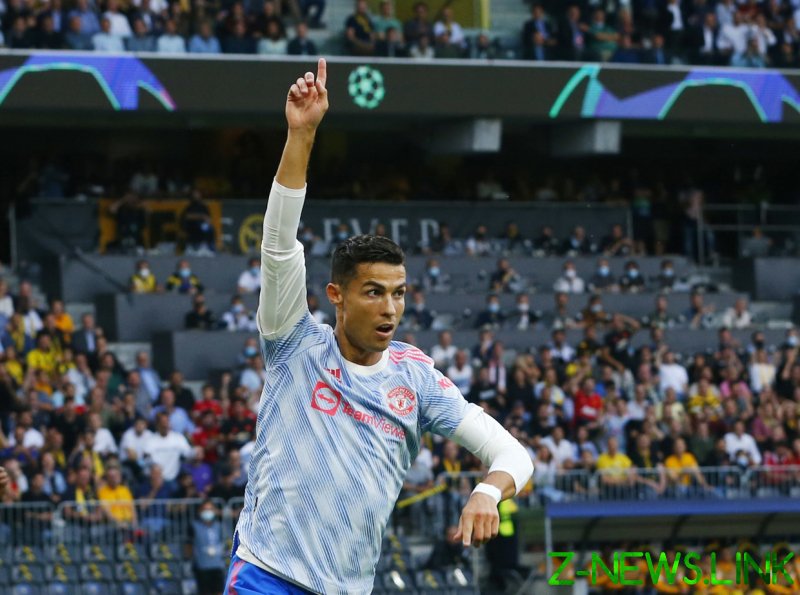 After extending his all-time Champions League goals haul to 135 ahead of generational rival Lionel Messi’s 120, Ronaldo’s evening was complicated when teammate Aaron Wan-Bissaka received a red card on 35 minutes.

United failed to hold on after conceding a 66th-minute equalizer, before Jesse Lingard – who was brought for Ronaldo with around 20 minutes to play – gifted the home team the winner with a woeful back-pass deep into injury time which was seized upon by Young Boys’ Theoson Siebatcheu.

Despite the late agony, Ronaldo didn’t forget the injured steward as pictures emerged of her proudly holding a CR7 shirt which she had been gifted by way of apology for the unfortunate incident before kick-off.