Home / FUNNY NEWS / “Crimea will surpass Monaco”: a Network cheered the bold statement of the occupiers

“Crimea will surpass Monaco”: a Network cheered the bold statement of the occupiers 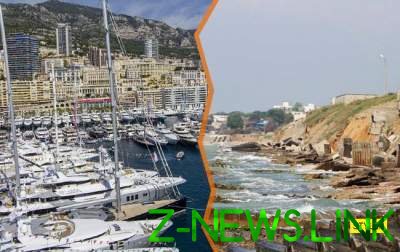 Social networks with humor reacted to this propaganda

In the network appeared the new propaganda to the improvement of life in the occupied Crimea. The invaders promise that Crimea will soon surpass Monaco.

“The occupants said that “soon the Crimea will surpass Monaco.” Even propagan…ones shocked by these statements, therefore, placed the news under “Oddities”, – is told in the message of community “Crimean banderovets” .

In the message with humor drew attention to the pictures of rubbish and mess in Crimea, hinting that Monaco Peninsula is still very far away.

Users of social networks with humor reacted to this propaganda.

“To the Crimea, have already surpassed Monaco Anapa, Kostroma, Syzran’,” write the users.

“In such cases speak: “And what a disaster to be held in Monaco” – joking on the network.

“As usual promise, I know that most will not survive, others will forget”, – believes Irina Samokhina.

“If the number of churches of the Russian Orthodox Church – has long been surpassed. If the facts of outrage against the Crimean Tatars and Ukrainians also surpassed – not that Monaco and France”, – ironically said Vicol, Bezbatchenko.

“Dear, because they wrote the truth! The number of promising branches of Crimea is superior to the Monaco. After all, Monaco has everything. And then – perspective”, – added in the network.