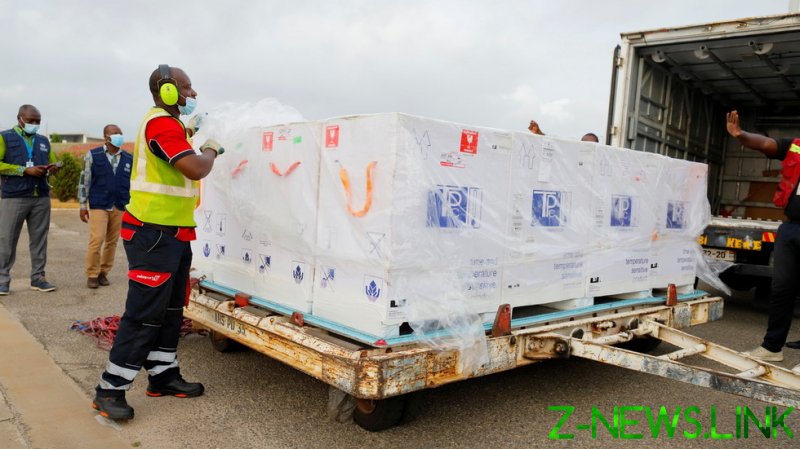 “We don’t think, in the short term, that it’s the magic bullet,” Michel said during a meeting of EU leaders in Porto, Portugal, adding that Brussels is ready to discuss “concrete” US proposals on intellectual property rights of vaccines.

Instead, vaccine producers should boost deliveries overseas, he said. “We encourage all the partners to facilitate the export of [vaccine] doses.”

Michel’s comments echoed those of French President Emmanuel Macron, who on Friday argued that global distribution of vaccines and not the potential relinquishing of patent rights was “the main issue” in terms of fighting the pandemic.

Macron said that the US and UK use nearly all of the vaccines they produce to immunize their own populations, and urged “the Anglo-Saxons” to stop hindering the export of vaccines and their ingredients.

European Commission President Ursula von der Leyen pointed out that about a half of European-made coronavirus vaccines were shipped to nearly 90 countries, including those in the World Health Organization-backed scheme aimed at providing fair and equitable access to immunization.

“We invite all those who engage in the debate of a waiver for IP rights also to join us to commit to be willing to export a large share of what is being produced in that region,” von der Leyen said.

US President Joe Biden previously promised to ramp up the production and export of the American-made Pfizer/BioNTech and Moderna vaccines “as quickly as we can.” US Trade Representative Katherine Kai announced that the US will discuss the issue of wavering intellectual property rights on Covid-19 vaccines at the World Trade Organization.