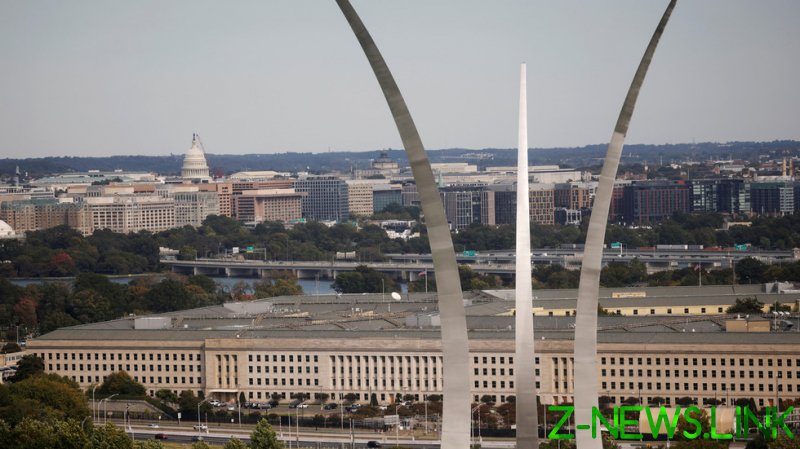 The purge and the appointment of the officials widely described in mainstream media as “Trump loyalists” has led to Democrats and neoconservatives warning that a “coup” might be in the works against Joe Biden, who has claimed victory in the November 3 election.

Allowing for the possibility that Trump could just be acting out of spite against people who were disloyal to him, The Nation’s Michael Klare noted that Miller had been involved in covert operations in urban settings of Iraq and Afghanistan with US Special Forces.

Democrats should look for any evidence that the Pentagon purge “signals a covert White House plan to use the US military in support of an illegal drive to subvert democracy and install Trump as dictator,” Klare warned.

Wednesday’s appointment of retired Army Colonel Douglas Macgregor as Miller’s senior adviser, however, points in an entirely different direction. First reported by Axios, it was confirmed by the Pentagon later in the day, with a statement noting that Macgregor’s “decades of military experience will be used to assist in the continued implementation of the President’s national security priorities.”

While that sounds like properly vague Pentagonese, Macgregor is well known for his advocacy of a speedy US withdrawal from Afghanistan – something Trump said last month he wished to see by Christmas this year, ahead of the 2021 timeline envisioned in the peace agreement the US have struck with the Taliban.

The Intercept’s Lee Fang quoted an anonymous Pentagon official who basically confirmed that the Pentagon purge is aimed at overcoming resistance by career bureaucrats and the military-industrial complex to Trump’s policies.

“The president is taking back control of DOD. It’s a rebirth of foreign policy. This is Trump foreign policy,” said the official.

“This is happening because the president feels that neoconservatism has failed the American people,” he added.

Trump campaigned in 2016 on ending the ‘endless wars’ in the Middle East. Within a few months, however, he allowed himself to be persuaded by the Pentagon to ramp them up instead, bombing Afghanistan and launching missiles at Syria. Once all the territory held by Islamic State (IS, formerly ISIS) terrorists was liberated, however, he pushed hard for withdrawal from Syria, Afghanistan and Iraq – running into resistance from the Pentagon.

His first Defense Secretary Jim Mattis resigned over Syria at the end of 2018. Most US troops there were withdrawn by October 2019. Some troops were also pulled out of Iraq this year, citing concerns over the coronavirus, though many still remain. A peace treaty with the Taliban was signed in February this year, after nearly 20 years of war that perfectly defined “mission creep.”

There is no denying that the present political situation in Washington, with Biden claiming he won the election and Trump disputing that citing irregularities in key states, is fraught with peril. Whatever the outcome, unless everything is handled above board and with transparency, half the country is going to feel cheated and disenfranchised.

There are two things to keep in mind, however. Whatever one thinks of him, Trump has kept his word, implementing his electoral promises – by working through the system – despite the obstacles thrown before him by the administrative apparatus, legislators and the courts. So far, the current flurry of activity at the Pentagon seems to point towards a withdrawal from the Middle East, rather than a coup at home.

Secondly, it was actually the Democrats – Joe Biden himself – who first brought up the notion of using the US military to forcibly remove Trump from the White House, should he lose but refuse to concede. That was in June, long before the election and its controversies. What did Biden know at the time to make him say that, nobody knows – because nobody in the mainstream US media has bothered to ask, preferring to entertain partisan fantasies based on conjecture instead.