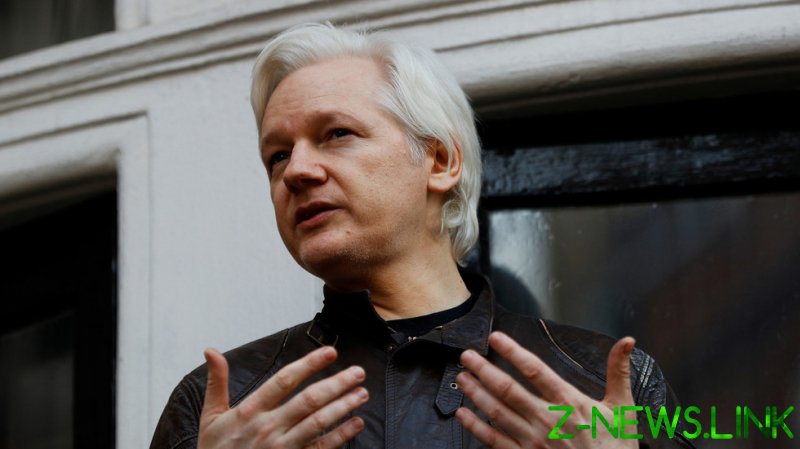 The disclosure was made by the committee chair, Representative Adam Schiff (D-California), to Yahoo News, the same outlet that exposed the agency’s lethal connivance. He said the congressional body was “seeking information about it,” having reached out “to the agencies” — an apparent reference to the CIA and Office of the Director of National Intelligence. When asked if the committee had received any response as yet, he said he couldn’t comment “on what we’ve heard back yet.”

Schiff’s announcement came a mere day after a consortium of leading rights groups wrote to Attorney General Merrick Garland, demanding the criminal prosecution against Assange be dropped as a result of the government’s “shocking” and “alarming” conduct. The dimensions of the plot, hatched by Langley in response to WikiLeaks’ ‘Vault 7’ releases, which revealed the extraordinary scale of the CIA’s global hacking and digital surveillance capabilities, were indeed shocking, but Yahoo’s reporting was met by deathly silence by the mainstream media.

However, a striking aspect of the article that even its advocates and promoters have largely overlooked is the revelation that Langley possessed no evidence Assange or WikiLeaks had any ties whatsoever with Russia.

Yahoo recorded how the “difficulty” in proving he or his organization had operated “at the direct behest of the Kremlin” was a “major factor” behind the agency’s then-director, Mike Pompeo, designating WikiLeaks a “non-state hostile intelligence service” in April 2017, which let the CIA off its leash, and allowed for intensive surveillance, harassment, and persecution of WikiLeaks collaborators. Yet in announcing the designation, the CIA chief falsely claimed WikiLeaks was “often abetted by state actors, like Russia.”

That there is no evidence whatsoever Assange acted wittingly or unwittingly as a Russian agent has long been abundantly obvious, but official confirmation is nonetheless significant. Of all the baseless slanders leveled at the WikiLeaks founder, that particular accusation has been perhaps the most enduring and damaging.

Western journalists, pundits, and politicians have aggressively promoted this falsehood for many years. When he was dragged handcuffed from the Ecuadorian Embassy in April 2019, many cited collaboration with Moscow as justification for his imprisonment in Belmarsh high-security prison.

While official scrutiny of what can only be considered egregious, criminal intrigue on the agency’s part is to be welcomed in theory, it would be wise to retain some skepticism about whether the Congressional Intelligence Committee will get to the bottom of matters. After all, Schiff himself has for many years been a prominent advocate of the ‘Assange as Kremlin operative’ lie.

Indeed, his book, ‘Midnight in Washington’, published earlier this month, refers to Assange as “the Russians’ preferred cutout,” and offers an extensive retelling of the entirely bogus fable that he served as a link between Donald Trump’s presidential campaign and Moscow, and WikiLeaks’ release of damaging Democratic National Committee (DNC) emails was conducted in concert with Russian intelligence and the campaign.

To name just one example of quite how misleading Schiff’s narrative is, in one passage, he states that Trump confidante Roger Stone “[lied] to our Committee” about his contacts with WikiLeaks, and was resultantly “indicted for his false statements and for trying to intimidate another witness into lying to cover up his contacts.” The reality is that Stone publicly claimed to have had “back-channel communication” with WikiLeaks, then reiterated this claim to the committee, when he actually hadn’t had any.

Still, that Schiff continues to deceive the public about these matters is hardly surprising considering he spent three years lying on a borderline daily basis about how he possessed proof of collusion between Trump and the Kremlin.

The Intelligence Committee began probing that allegation in January 2017 – two months in, Schiff appeared on MSNBC and declared that while he couldn’t “go into particulars,” lawmakers had already unearthed “more than circumstantial evidence.” That December, he told CNN that collusion was an established fact – “the Russians offered help, the campaign accepted help, the Russians gave help and the President made full use of that help.”

When the committee released its report on the matter the next March, which concluded there had been no conspiracy between the Trump campaign and Moscow, Schiff doubled down, claiming the findings were “unsupported by the facts and the investigative record.”

In May 2020, the committee released 57 transcripts of interviews it conducted in its investigation into alleged Russian meddling in the 2016 election. Most of the transcripts had been certified for release long before then, but Schiff mysteriously refused to release them after becoming committee chair, and they were only eventually divulged when the White House threatened to do so if he didn’t.

The records exposed how throughout the investigation, high-ranking witness after high-ranking witness poured extremely cold water on the notion of contact, let alone collusion, between Trump and the dreaded Russians. While Schiff was harshly criticized in some quarters for his deceit, the most significant disclosure was entirely ignored by the Western media.

Universal mainstream wisdom that the DNC emails were hacked by Russian intelligence, which is the public position of all US intelligence agencies, and reflected in the findings of the Mueller report, is based solely on the analysis of CrowdStrike, a DNC contractor – no other individual or organization has ever inspected the DNC’s servers. Yet, the transcript of the Intelligence Committee’s grilling of CrowdStrike chief executive Shawn Henry in December 2017 reveals that the company in fact possessed no “concrete evidence” the files were “actually exfiltrated” by anyone.

UN Special Rapporteur on Torture Nils Melzer has written powerfully on how Assange was “systematically slandered to divert attention from the crimes he exposed,” and once he’d been “dehumanized through isolation, ridicule and shame, just like the witches we used to burn at the stake, it was easy to deprive him of his most fundamental rights without provoking public outrage worldwide.”

Smearing him as a Russian operative was absolutely fundamental to that process, of course. Given the prominent role played by Schiff therein, he can hardly be trusted to now seriously investigate the same bodies which perpetuated that destructive deceit.