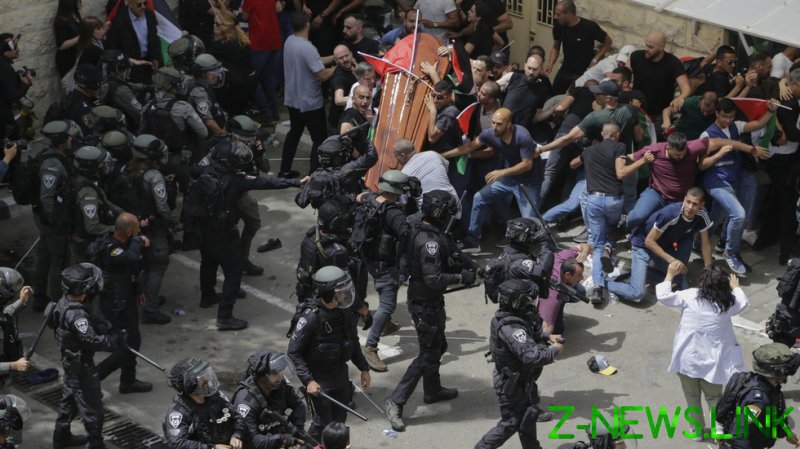 Clashes erupted in Jerusalem on Friday during the funeral of Shireen Abu Akleh, a veteran Palestinian journalist who had worked with Al Jazeera for more than two decades. The reporter was killed earlier this week under unclear circumstances during an Israeli military raid in the West Bank.

Israeli police blamed the violence on Palestinian “rioters” who allegedly pelted the hospital compound from which the funeral procession began with stones. Policemen “were forced to act,” Tel Aviv insisted, with security forces deploying crowd control measures to disperse the “rioters.”

Footage from the scene shows Israeli police charging the funeral procession and beating Palestinians with batons. People carrying the reporter’s coffin were apparently targeted as well, nearly dropping the casket on the ground. At least 10 Palestinians were injured in the violence.

Abu Akleh was killed on Wednesday during a military raid on the city of Jenin in the northern part of the West Bank. The Palestinian authorities were quick to blame the Israeli forces for her death, claiming the 51-year-old journalist was shot in her head. Another Palestinian journalist, Ali Samoudi, was reportedly wounded in the back during the deadly raid on the city. He was hospitalized in stable condition. 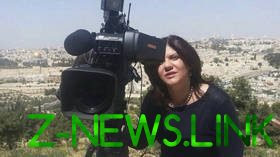 Al Jazeera, a state-owned Qatari network, has strongly condemned the killing of the reporter, branding it a “heinous crime” and pinning the blame on Israel for her death.

“We hold the Israeli government and the occupation forces responsible for the killing of the late colleague Shireen,” the network said in a statement, urging an independent and transparent investigation.

While Israel has expressed its readiness to conduct a joint probe into the incident with the Palestinian authorities, it demanded they surrender the bullet that mortally wounded Abu Akleh. The Palestinian Authority, however, has rejected the initiative.

On Friday, the Israeli military released an interim report on the incident. The report, however, lacked any conclusions, merely stating it was impossible to determine whether the fatal bullet was fired by Israeli troops or some Palestinian militants.