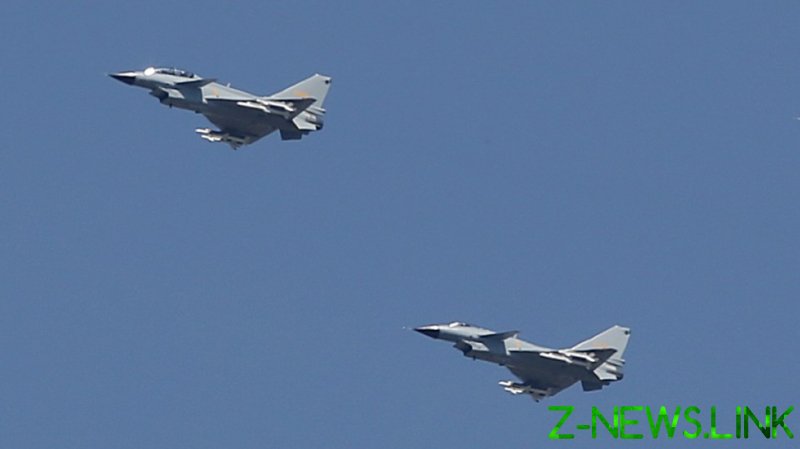 Taiwan’s Ministry of Defense claimed that dozens of Chinese planes had crossed its southwest ADIZ, prompting the island to activate its military resources “to monitor” their activities.

The planes allegedly included dozens of J-10 and J-16 fighter jets, and a Xian H-6 bomber, as well as several Y-8 and Y-9 military transport aircraft.

China’s latest flyby took place the same day that a group of US and allied warships sailed into the Philippine Sea on Sunday. It was China’s largest flyby since last October, when it flew 56 aircraft near Taiwan in one day in several waves.

Though Chinese officials have not yet commented on the incident, ambassador Deng Xijun said during a similar incident last year that such demonstrations were intended to send a “strong warning to the Taiwan secessionists & their foreign supporters.”

Taipei considers Taiwan to be an independent country since the losing side of the Chinese Civil War fled there in 1949. The air force of the People’s Republic of China has been flying sorties into Taiwan’s Air Defense Identification Zone for the past several years, as a means of sending a signal to Taipei that China does not recognize its claims of independence and, as such, any notion of an ADIZ is null and void.