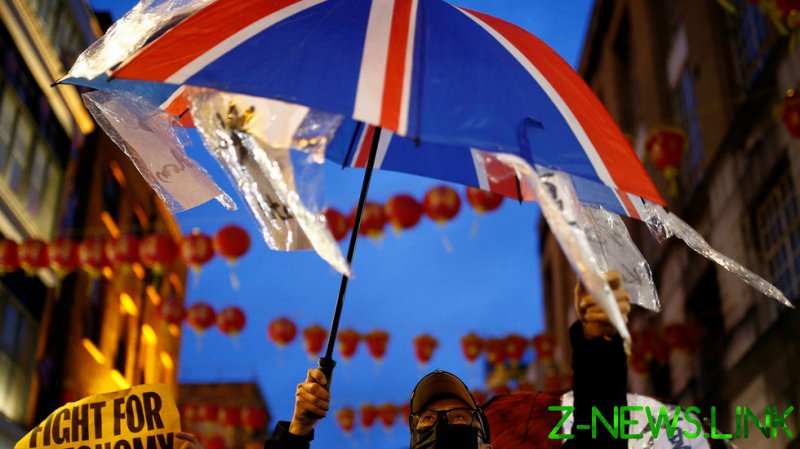 As China’s ruling party prepares to meet for its annual ‘two sessions’ on Friday, the biggest and most important political gathering of the year, Hong Kong is very much on the agenda.

Beijing is moving to impose sweeping reforms to the special administrative region’s electoral system, closing down what it describes as a number of “loopholes” which have been utilized by “anti-China forces” and vowing to make the process “more patriotic.”

As it prepares to do this, yesterday marked the resumption of proceedings against 47 opposition activists who have been charged with undermining the city’s national security law, having sought to host their own unofficial primary last year.

Critics have claimed that these moves effectively aim to eliminate the opposition in the city altogether, a process which began with the implementation of the national security law last summer via the same ‘two sessions’ meeting.

Arguably, the reform of Hong Kong’s electoral system is very much part of the same process which began with that legislation – the establishment of a new, pro-China Hong Kong and, undoubtedly, the formal end of the ‘British legacy’ and influence over the former colony.

Beijing is finally stamping out the exceptionalist identity which Hong Kong once held as it resisted integration, and creating a new city that identifies with China. It will never be the same again.

Hong Kong is a city with a predominantly ethnic Chinese population, which speaks Cantonese, but nonetheless configured itself as something different to China, and subsequently sought to reject it. What became understood as the ‘Hong Kong identity’ is a by-product of the British legacy, with authorities having sought to articulate a sense of civic being and local exceptionalism to sustain power and stability in the colony, in response to political pressures and unrest from the mainland itself.

In the 1960s, the Cultural Revolution of Mao Zedong swept through Hong Kong, causing unrest due to squalid labour conditions and creating a series of riots and disturbances which were violently oppressed by the British army. The events would lead the colonial administration to sharpen the distinction between the city and mainland China itself, changing its mode of governance from simple British autocracy towards the creation of the city’s quasi-democratic structures, and emphasis on anti-communism and civic inclusivity throughout the 1970s and 1980s.

However, the overriding contradiction in these moves was that, simultaneously, Britain was also facilitating the return of Hong Kong to China, something which the local population was keen to resist. The UK’s aspiration was for the city to become a model or a footbridge towards what it wanted China to become. It sought to preserve the colonial legacy through the imposition of the Sino-British declaration and thus the “one country, two systems” model, demanding Hong Kong maintain a “high degree of autonomy.”

However, this very particular Hong Kong identity has meant that many of its population have not accepted the reality that the city is now part of China, rejecting it as threatening and inferior.

Pro-democracy politics in the city have evolved directly from the contradiction set out in creating a ‘civic-orientated’ society, but not completely delivering on it and returning the city to Beijing. This in turn has transformed into an identity conflict between localists in Hong Kong who perceive the city as a separate and exceptionalist political space to be preserved, and the pro-China forces who believe the return of the territory is redemption for a longstanding injustice imposed by the British. Accordingly, those fighting for it are considered a remnant of that colonial legacy who are seeking to undermine the country as a whole.

Not surprisingly, Beijing perceives the unrest in the city as undermining its national sovereignty, believing it to be promoted by foreign powers (such as the UK and the US). This explains why it has responded with an effort to whitewash the city’s politics and build a new ‘pro-China’ Hong Kong in its place.

Firstly, the national security law has sought to target the most prominent members of the opposition, especially those who have collaborated with the US and others, while removing NGOs and organizations deemed to be contributing to the unrest. Secondly, the new electoral reform law will seek to prevent the city’s district and legislative councils being undermined by anti-China activists, by imposing vetting on the grounds of ‘patriotism’.

These changes are drastic, and they will serve the purpose of completely abolishing the political and social order which the British created and left behind in the city. As the most defiant Hong Kongers depart under Britain’s new visa scheme, a social shift will take place whereby Hong Kong reconfigures itself as a new, pro-China city from the bottom up, ending a period of limbo between British and Chinese rule.

For Beijing, it is an end to that troublesome Imperialist legacy, and as it will never relinquish sovereignty over the city, it will ultimately never go back to how it was. It’s a brave new world, indeed.