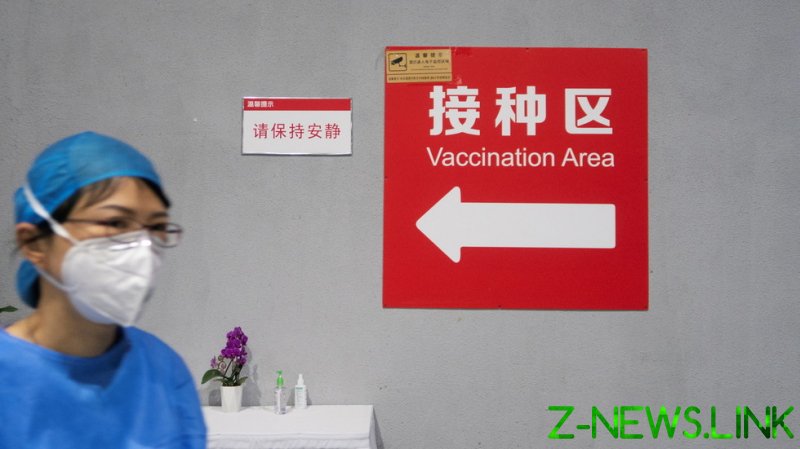 The announcement by China’s National Health Commission means that Beijing is responsible for more than a third of all doses administered worldwide. According to an estimate by the AFP news agency, the number of shots given out globally surpassed 2.5 billion on Friday.

Beijing hopes to fully vaccinate 40% of the country’s nearly 1.4 billion people by the end of June. Since most vaccines used by China require two doses, it’s unclear what percentage of the population is already fully vaccinated.

The Asian nation began vaccinating high-risk individuals as early as July last year, later expanding the initiative. The vaccination of priority groups was completed in February, with the wider population participating in the mass inoculation drive thereafter.

Like many other countries, China has offered perks to encourage its citizens to get the jab. In some areas, residents have been rewarded with free eggs or shopping coupons for receiving the shot.

China is using several domestically produced drugs for its mass vaccination program, including shots developed by Sinopharm and Sinovac. Earlier this month, Beijing approved one of the vaccines developed by Sinopharm for use on children between the ages of three and 17. The Sinovac shot had received similar approval a week earlier.