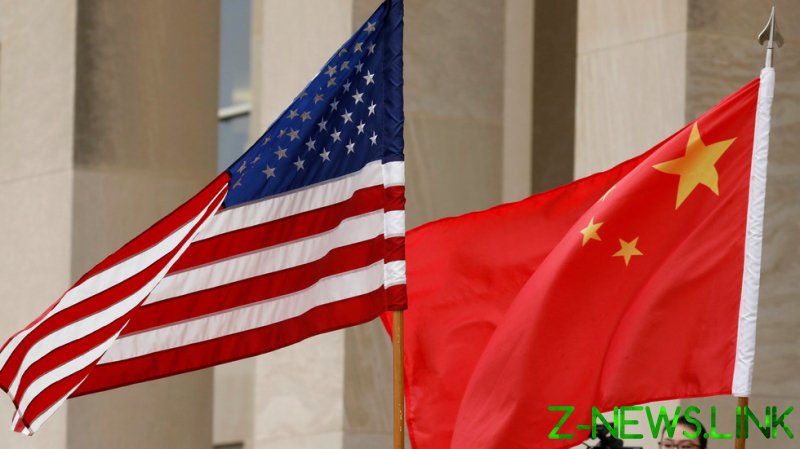 The People’s Republic of China “poses the greatest threat to America today, and the greatest threat to democracy and freedom world-wide since World War II,” Ratcliffe wrote in an op-ed published on Thursday by the Wall Street Journal, arguing that the “challenge of our generation” is to resist “Beijing’s attempt to reshape and dominate the world.”

The former Texas congressman took over the ODNI in May, after being nominated by President Donald Trump and approved by the Senate. Accusing China of intending to dominate the world “economically, militarily and technologically,” Ratcliffe rolled out the claims about intellectual property theft and economic espionage, already made by FBI Director Chris Wray and Attorney General Bill Barr earlier this year.

This time, however, he put a price tag on China’s alleged property theft, telling CBS News’ Catherine Herridge in an interview that the US government has estimated its cost at “as much as $500 billion a year, or between $4,000 and $6,000 per US household.”

He told Herridge he had briefed both the House and Senate intelligence committees about this, to great alarm.

Perhaps the most sensationalist claim was that Beijing has “even conducted human testing on members of the People’s Liberation Army in hope of developing soldiers with biologically enhanced capabilities.”

The true purpose of such accusations “is to create excuses to justify high-tech blockage against China, and this will eventually damage the interests of China, the US and the whole world,” tweeted Chinese Foreign Ministry spokeswoman Hua Chunying.